On 28 January 2020 at Salinas Grandes, Argentina, Tomás Saraceno proved that humans can fly with a balloon-like device using only the power of the sun and the air. 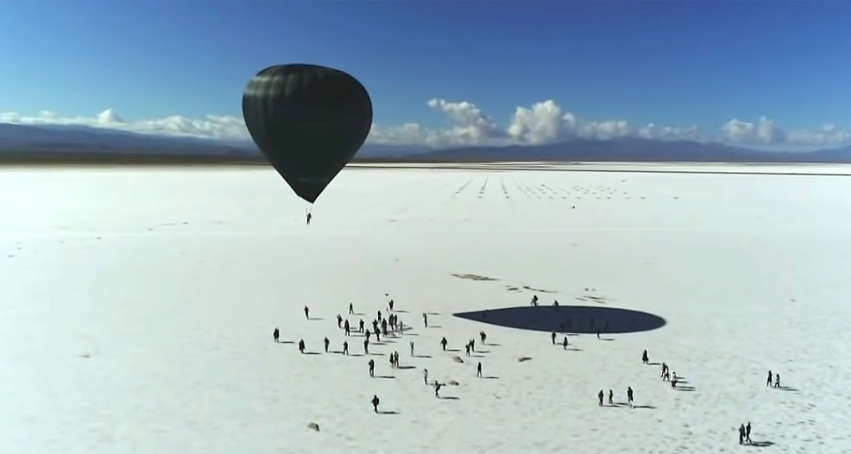 Lifted only by the sun and the energies of the atmosphere – without lithium, solar panels, helium or fossil fuels – Tomás Saraceno's flying sculpture, a synthesis of art, science and environmental activism, took off on 28 January 2020 at Salinas Grandes, in the province Jujuy, Argentina.

Aerocene Pacha and her pilot Leticia Marques, could set six world records in both the ‘Female’ and ‘General’ category (monitored by the Fédération Aéronautique Internationale) for:
Distance: 1,7 km carried by the winds
Duration: 1 hour 14 minutes on air free from fossil fuels
Altitude: 272.1 m lifted by the sun

The hot air inside Aerocene Pacha expands and becomes lighter than the exterior, causing the balloon to float upwards. Instead of being heated by gas, the volume of air inside is heated directly – and only – by the sun. The Aerocene Pacha rises in the air thanks to its ability to contain a large volume of air, along with its ultra-thin, lightweight, black envelope, allowing maximised heat absorption. When the balloon flies over a white surface, the sun is reflected on the ground and creates increased lift capacity, as it was the case at the salt lake Salinas Grandes.

But Saraceno’s work also stands in solidarity with the 33 indigenous communities in the region. In a cruel irony, the ‘green rush’ to mine lithium for batteries is polluting their drinking water, among many other environmental and social concerns. "Lithium is not worth more than water," reads the legend inscribed on the big balloon. 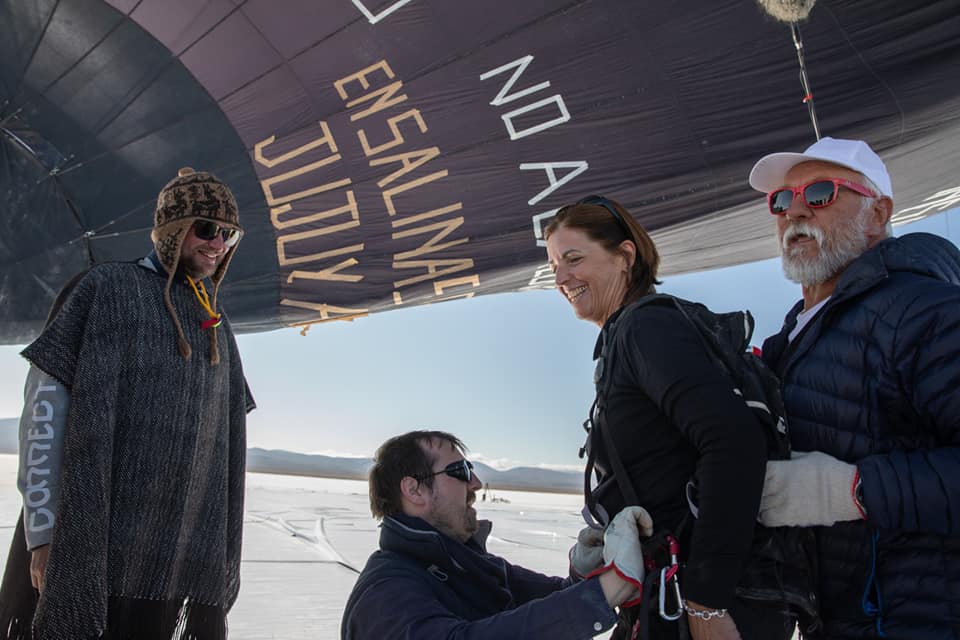 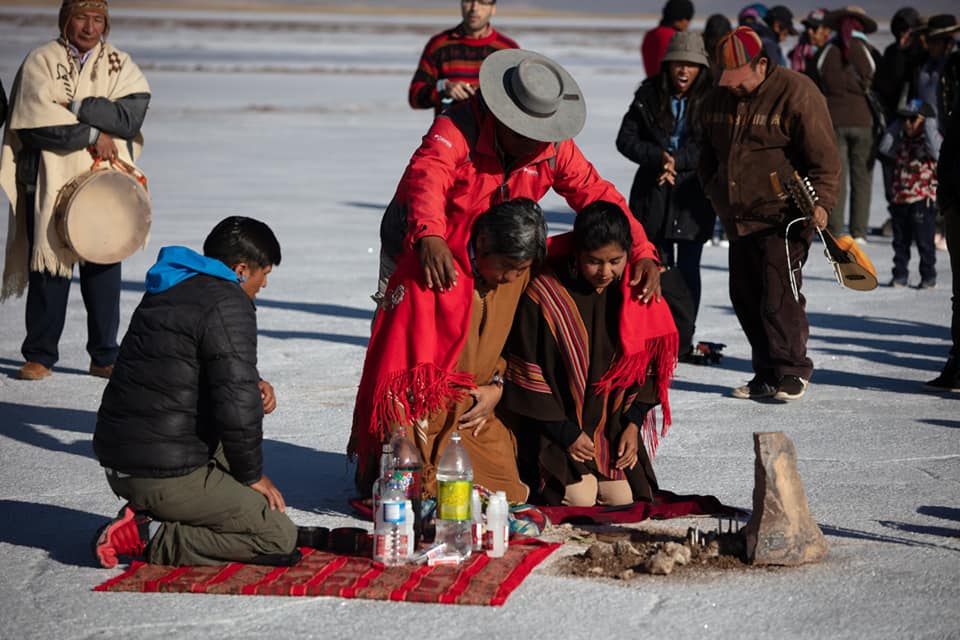 A group of one of the local communities performing a traditional ritual
© Photo: Tomás Saraceno - Aerocene Foundation 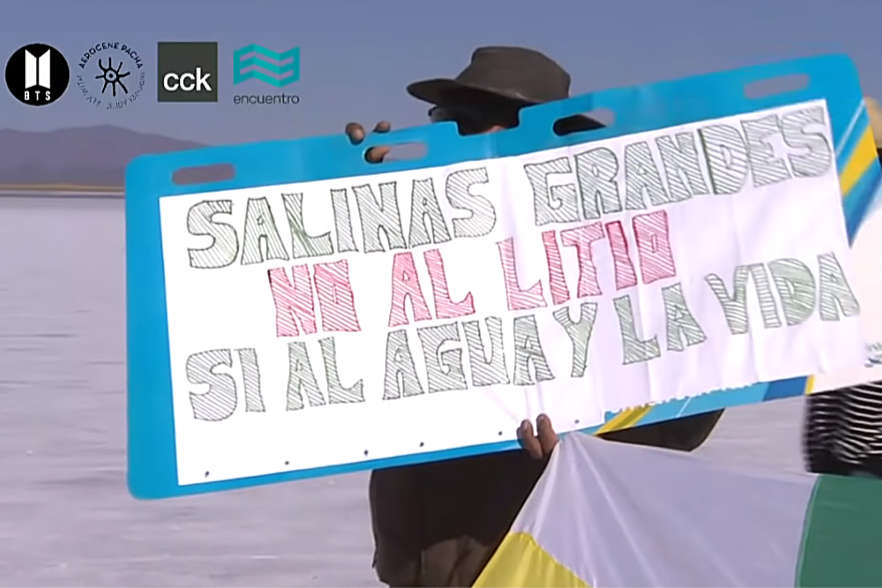 Developed in collaboration with Aerocene, an open-source, participatory community founded by Saraceno, the work proposes a new way of fossil-free flying and also aims to support and raise awareness of multispecies communities at threat in our age of planetary climate crisis.

As Saraceno comments, ‘We are flying with our head in the clouds but our feet on the ground.’ To emphasise this, his flying sculpture is named for ‘Pacha’, the Andean concept of the cosmos that connects what lies below the earth’s surface with the furthest reaches of the universe, uniting space and time. Aerocene Pacha is a reminder of our interconnectedness as earthly beings, and of our shared fates with the planet and all who coexist within the terrestrial realm.

Watch the video of this pioneering flight on the Aerocene Channel

For over a decade, he has been imagining a world free from borders and fossil fuels. In this age of climate emergency, his work envisions a new era of our earth that emphasises the atmosphere, called the Aerocene.

This record-making flight could be experienced via live-stream at aerocene.org and live-streamed to Seoul for the band BTS, who commissioned this work for their world-wide art project CONNECT, BTS. 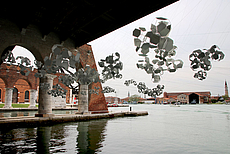 Aero(s)cene: When breath becomes air… 2019. Installation at the Gaggiandre of the Arsenale, Venice Biennale 2019