2.292 plants as audience for the UceLi string quartet performing Puccini's 'Crisantemi' at the Gran Teatre del Liceu, Barcelona. A proposal for a paradigm shift 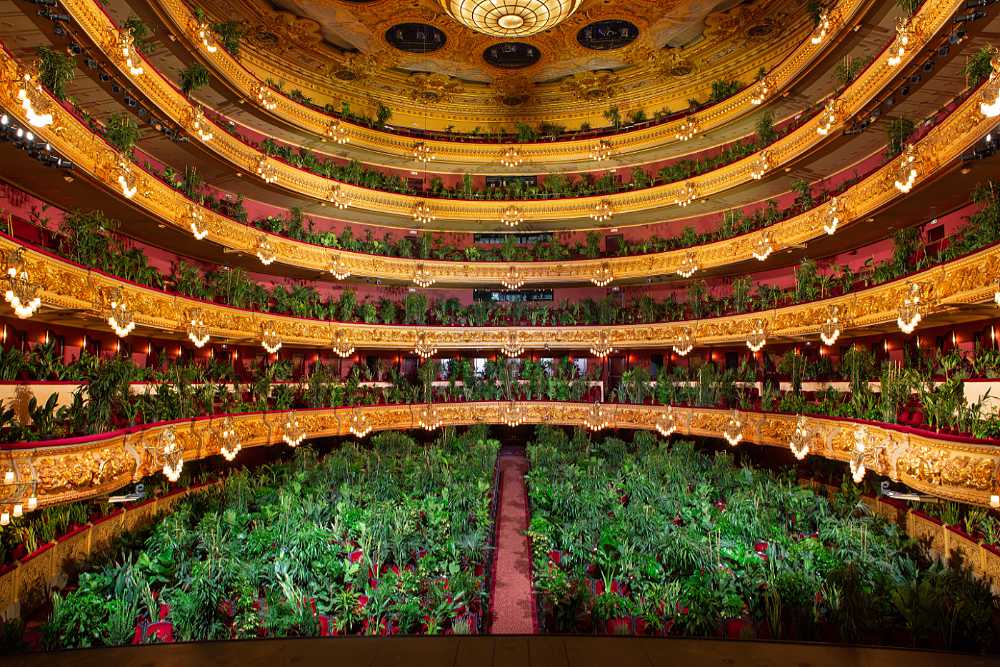 "At a time when a significant part of humanity has been confined to limited spaces and has been forced to give up mobility, nature has moved forward to occupy the spaces we have taken from it. It has done so with its own cadence, barely appearing again, with its patient biological cycle. Can the concept of empathy be extended to the relationship with other species? Let's start with art and music. In a big theatre. Inviting nature." Eugenio Ampudia

At a time when Spain is beginning to cautiously emerge from a dramatic state of emergency, but with the pandemic reaching even more tragic peaks in other regions of the world, visual and conceptual artist Eugenio Ampudia has given us all a heart-warming gift, with his exemplary Concert for the Biocene.

On Monday 22nd June, one day after Barcelona's return to its new normality, a select audience of 2,292 plants had the exclusive opportunity to get moved to the sound of Giacomo Puccini's elegy Crisantemi, masterfully performed by the UceLi String Quartet at the Gran Teatre del Liceu. From the velvety seats in the hall the vegetal listeners were able to absorb the harmonies along with their photosynthesis, rewarding the musicians with a peculiar applause. And since the concert was streamed live and is still accessible on the web, its message has comforted the world, so eager for healing, relief and hope.

But Eugenio Ampudia took his intervention even further, organizing that the concerted plants of the Liceu would be donated the next day to the health and cleaning staff of the Hospital Clínic in Barcelona, as a gesture of thanks, and in order to leave the plants in "good hands", as Ampudia explained, who also included a label on each specimen certifying the artistic action with his signature, as well as the ticket with the numbered seat of the Liceu. 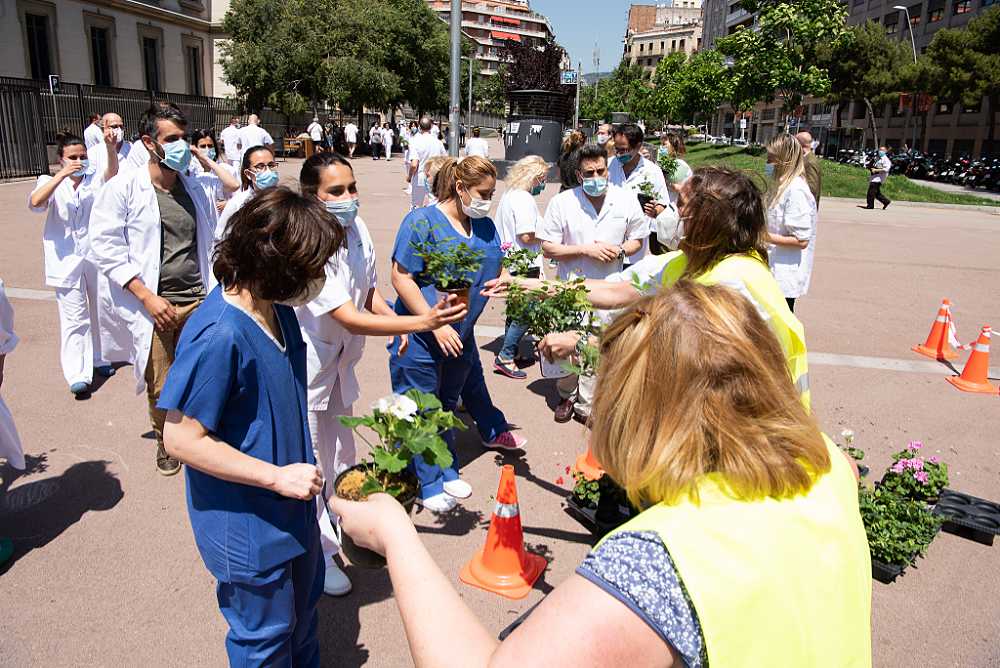 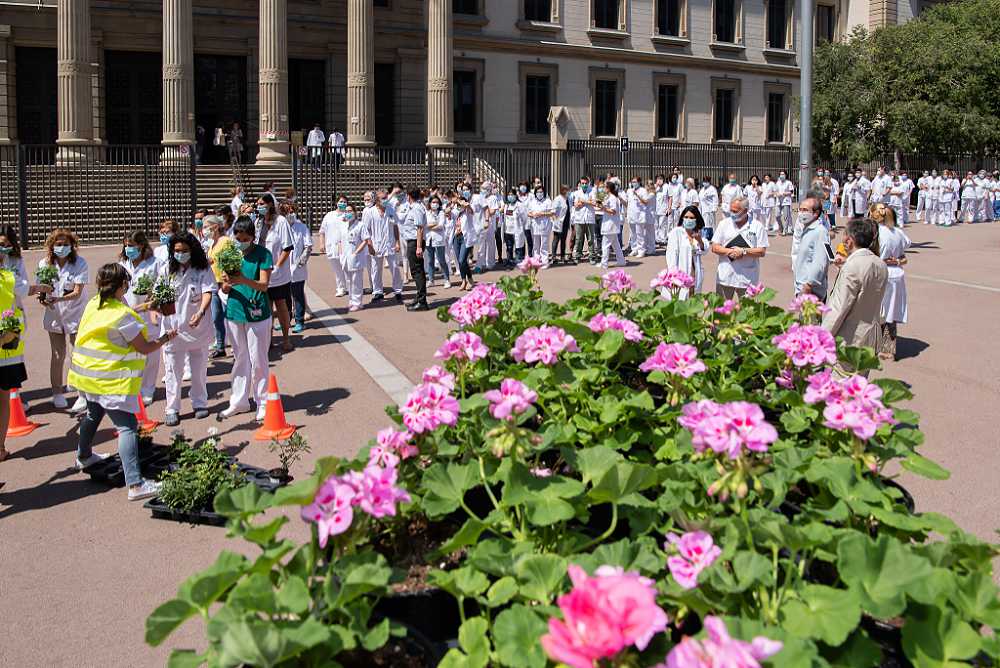 In statements to the daily La Vanguardia, Eugenio Ampudia stresses that, "we are at the end of an entire era and many paradigms must be changed. We don't live in the same world as 90 days ago (...) I'm one of those in favour of changing things completely and in favour of artists and culture being the ones who lead this process, if they let us."

The Concert for the Biocene is the result of an initiative by the artistic director of the Gran Teatre del Liceu, Víctor Garcia de Gomar, and the artist, together with the Max Estrella Gallery and Blanca De La Torre, as curator. With the documentation material of the artistic action, Eugenio Ampudia will produce a video-art piece and several large-format photographs in the next few weeks that will be launched in a limited edition.

It would be good if this concert could also bring some hope to musicians and artists who are currently unable to perform live in concert halls, due to sanitary restrictions to prevent contagion. On the same Monday, June 22nd, in an action initiated by many cities in Germany, thousands of emblematic buildings were illuminated in red in the "Night of Light" as a desperate call of attention to the difficult and precarious situation of concert and event halls and, more than anything, of the artists.

More information about the artist:
eugenioampudia.net