The 2019 edition of the Turner Prize Award Ceremony, held on Tuesday 3rd December at the galleries of Turner Contemporary in Margate, Kent, was very special. For the first time the famous Award - which honors contemporary artists born or based in Great Britain - goes collectively to all four nominees: 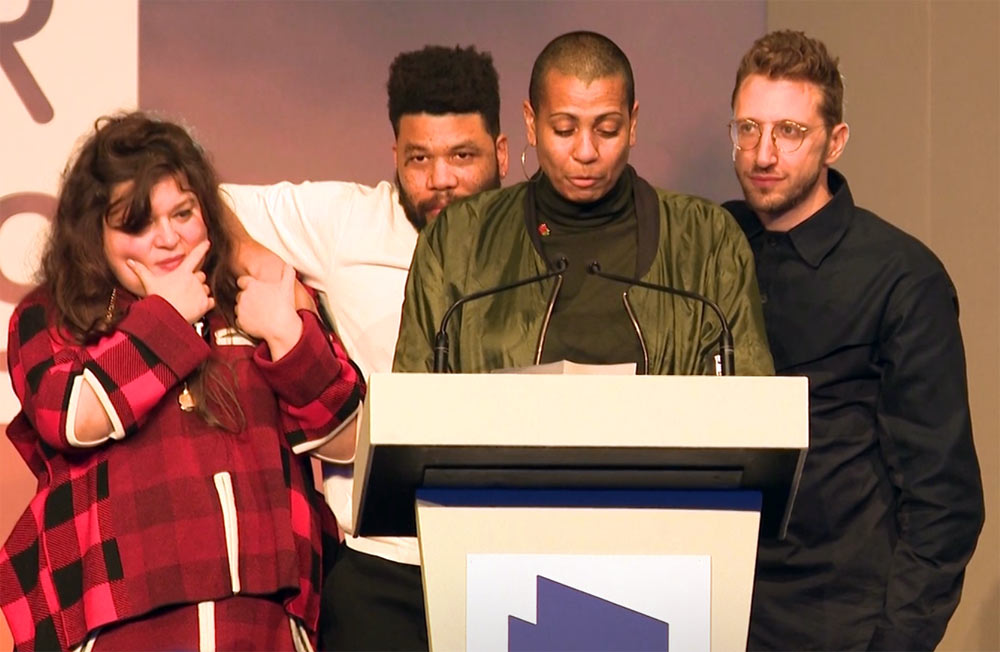 From right to left:

Lawrence Abu Hamdan (born in Jordan), whose work explores sound and voice in relation to war, law and human rights;

Oscar Murillo (born in Colombia), whose work looks at issues of labour, migration, community, and exchange;

Tai Shani, known for her interest in femininity in history and the present day.

The artists, who had never met each other before being shortlisted for the prize, jointly wrote to the judges beforehand saying that they wanted to make a strong statement of community and solidarity, having formed themselves into a collective: "The politics we deal with differ greatly, and for us it would feel problematic if they were pitted against each other, with the implication that one was more important, significant or more worthy of attention than the others."

According to the BBC, after their annnouncement as collective winners, Helen Cammock read out a joint statement on stage, saying that they wanted to speak out in "an era marked by the rise of the right and the renewal of fascism in an era of the Conservatives' hostile environment that has paradoxically made each of us and many of our friends and family again increasingly unwelcome in Britain". And, "Isolation and exclusion are the weapons of this hostile environment. It is this we seek to stand against by making this symbolic gesture of cohesion."

An exhibition of the Turner Prize shortlisted artworks is on view at Turner Contemporary until 12 January 2020.