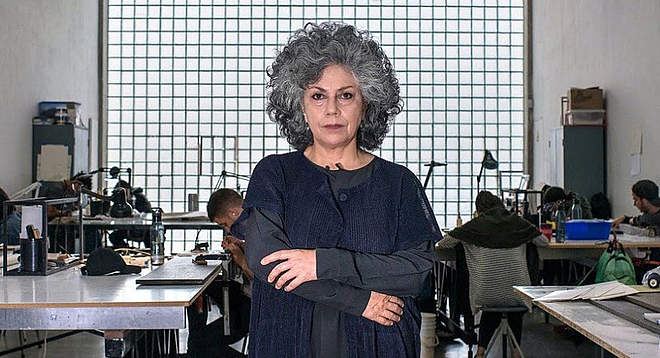 The largest cash prize in contemporary visual arts, the US$1 million Nomura Art Award is given by the decision of an independent, international jury to an artist who has created a body of work of major cultural significance. To help this artist take on new challenges and embrace change, the prize money is used in whole or in part to support an ambitious new project that the winner did not previously have the means to realize.

Nomura’s heritage of engagement with the arts dates to the company’s founding in 1925 by Tokushichi Nomura II, an avid practitioner of the tea ceremony and supporter of Noh theater. The company today connects markets in the East and West through an integrated global network spanning more than 30 countries. In the spirit of its long legacy of encouraging and nurturing creativity, Nomura established the annual Nomura Art Award in 2019.

In announcing the award, Hajime Ikeda, Senior Managing Director of Nomura, said: “We offer this Award to Doris Salcedo in recognition of the deeply meaningful and formally inventive body of work she has created over the past quarter of a century. By selecting her to receive the first Nomura Art Award, the jury has perfectly understood our goal of fostering innovation and striving to deliver a better tomorrow.”

Doris Salcedo said: “The news that I had been chosen to receive the inaugural Nomura Art Award was entirely unexpected and filled me with overwhelming humility and gratitude for the generosity and responsibility that come with this great honor. Producing projects capable of honoring the experience of victims of violence requires a large investment in time and organization, sometimes with many collaborators. Because of this Award, I am now able to move ahead much more quickly than I had expected with a project that is important to me, and that I hope will touch many people. I offer my deepest thanks to Nomura and to the members of the jury.”

Speaking on behalf of the jury, Nicholas Serota said: “For more than thirty years, Doris Salcedo has been making sculptures and installations that capture the anguish associated with the loss of loved ones and preserve the memory of traumatic events in the long civil war in Colombia. However, her language has an empathy and her materials an everyday character that give her work a universal meaning that speaks to people across the world.”

The Nomura Art Award will help Doris Salcedo continue a major series of her works, titled Acts of Mourning, which she has been creating since 1999. These ephemeral, large-scale works have been made with the collaboration of thousands of people and are intended to give the community symbolic tools to cope with the enduring pain of violent conflict in Colombia.

To date, Doris Salcedo has created and presented the Acts of Mourning in the center of Bogotá, with the most recent—titled Quebrantos (Shattered), a memorial to community leads who have been murdered—performed on June 10, 2019. The artist now intends to continue the series outside of Bogotá, in the remote regions of Colombia that have suffered disproportionately from the civil war.

The Nomura Art Award will help to fund the indispensable research phase of this project, in which the artist visits communities, establishes relationships with the people, listens to their testimonies and eventually develops a piece that she submits to them for realization.

Born in 1958 in Bogotá, Colombia, where she lives and works. Her sculptures and installations carve out a space for mourning that is both poignant and insistent. “My work is about the memory of experience, which is always vanishing, not about experiences taken from life,” she has said. Doris Salcedo’s solo exhibitions include shows at the Irish Museum of Modern Art, Dublin (2019); Palacio Cristal, Reina Sofía, Madrid (2017); Harvard Art Museum, MA (2016); Museum of Contemporary Art Chicago (2015), touring to Solomon R. Guggenheim Museum, New York and Perez Art Museum, Miami (both 2016); Museo Universitario Arte Contemporáneo, Mexico (2011), touring to Moderna Museet Malmö, Sweden, Museo nazionale delle arti del XXI secolo, Rome and Pinacoteca São Paulo (all 2011); Tate Modern, London (2007); Camden Arts Centre, London (2001); and The New Museum, New York (1998), touring to Tate Britain, London (1999).

Members of the Jury

Doris Salcedo was chosen to receive the Nomura Art Award by a jury comprising some of the world’s most respected museum directors and curators, foundation leaders and art experts. The jurors are:

The late independent curator, critic, author and editor Okwui Enwezor also served on the inaugural jury, which completed its deliberations before his untimely death.

Nomura is an Asia-headquartered financial services group with an integrated global network spanning over 30 countries. By connecting markets East & West, Nomura services the needs of individuals, institutions, corporates and governments through its four business divisions: Retail, Asset Management, Wholesale (Global Markets and Investment Banking), and Merchant Banking. Founded in 1925, the firm is built on a tradition of disciplined entrepreneurship, serving clients with creative solutions and considered thought leadership. For further information about Nomura, visit www.nomura.com