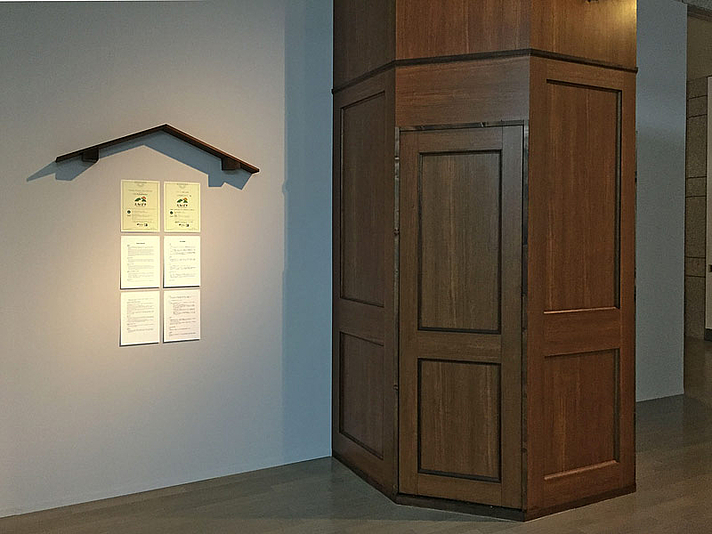 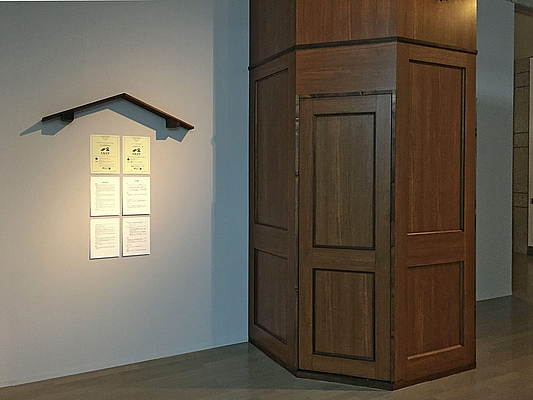 The Kingdom of a Thousand Suns / Camera Lucida

Soundproof chamber containing a film that was buried in a place where the radiation is 36 micro Sieverts per hour, 800 m south from the Fukushima Nuclear plant, and retrieved after six months without being exposed to light. The film is framed in a light box that is lit with LEDs powered with solar energy paid through a post hoc contract with a Green energy company from Japan for the period of the exhibition. The contract and the terms of the contract are also shown as a part of the work.