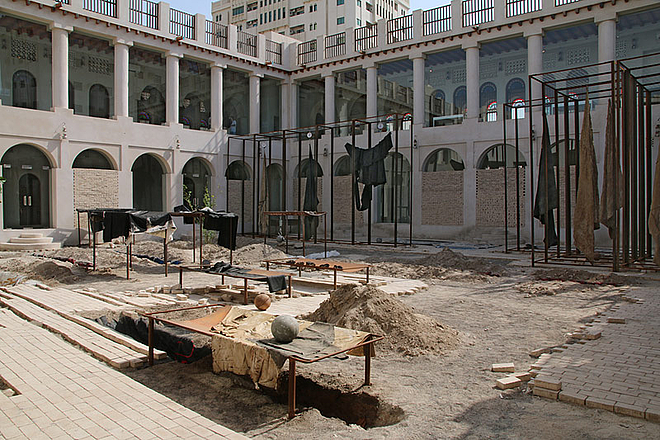 This site-specific installation, occupying the open courtyard and two corridors of Bait Al Serkal, is an absurd and silent anti-monument, in which the idea of a finished work becomes inseparable from process and material. Featuring paintings and steel structures inspired by morgue tables, the installation comprises unique canvases that have been covered with several layers of paint on both sides and displayed throughout the courtyard. Some of the paintings have been cut into strips and then sewn together so that they can be presented in a unique pattern; others bear evidence of previous use as oil pads in the studio. Alternating sheer and opaque surfaces distinguish newer canvases from older ones, and the lingering smell of paint offers a sense of the ongoing process of production —punctuating the concept of rebirth.
( From the SB13 Short Guide) 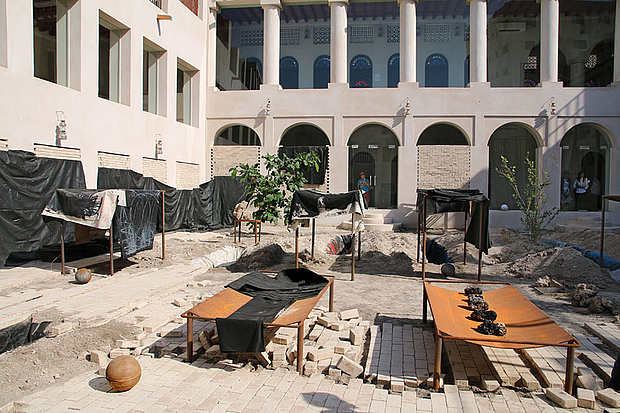 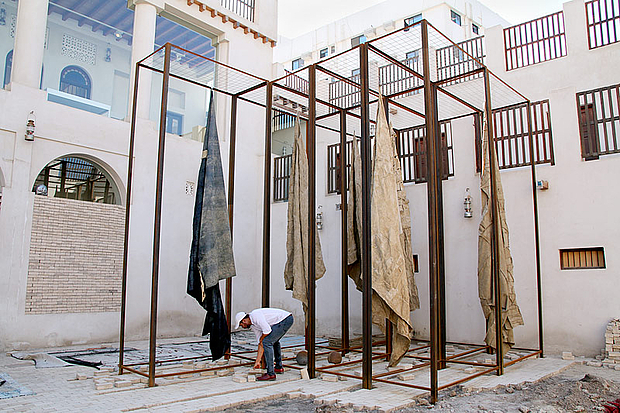 © Gerhard Haupt & Pat Binder
Publishers of Universes in Universe - Worlds of Art, based in Berlin.