Artistic director Okwui Enwezor about his concept and reflections about documenta X. Hou Hanru, one of the curators, about his exhibition.

The first Johannesburg Biennale took place in 1995 celebrating South Africa’s re-entry into the world's cultural arena, coinciding with the country’s first anniversary of democracy. Artists and curators from 63 countries participated in the event.

After the success of the first edition, the aim of the 2nd Johannesburg Biennale in 1997 was to become an established and ongoing international art event. It was organized essentially different from the previous one, mainly in its structure, its curatorial concept and by proposing the cooperation of a team of curators, who were individually in charge of a particular exhibition - see below.

In spite of the great international interest, the 2nd edition was closed a month ahead of the planned schedule. "Financial problems of the city of Johannesburg", was announced as the official reason. Since then, unfortunately, no further Johannesburg Biennales took place. The organizing institution, the Africus Institute for Contemporary Art (AICA), was dissolved.

In July 1997, during the preparation period of the 2nd Johannesburg Biennale, we interviewed the Biennale's Artistic Director, Okwui Enwezor, who was invited at that time by documenta X to participate in "100 Days - 100 Guests", as well as Hou Hanru, one of the curators.

Okwui Enwezor - Interview
The Artistic Director of the 2nd Johannesburg Biennale talked about his general concept, the collaboration with the curatorial team, and the exhibition Alternating Currents, part of the Biennale, which he curated together with Octavio Zaya. Enwezor also reflected critically about documenta X, directed by Catherine David.

Hou Hanru - Interview
The curator of the exhibition Hong Kong, etc. about his concept that has to do with the fact that today, all kind of events - whether it be the power-transfer in Hong Kong, the fall of the Berlin Wall, or Tianamen Square - become spectacular media events, which seldom retain public attention for more than fifteen minutes. 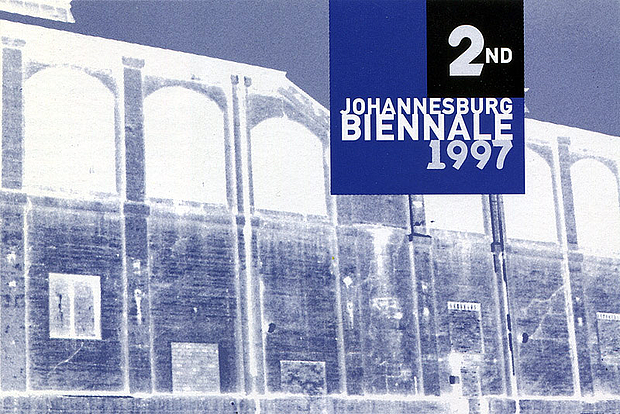 12 October - 12 December 1997
Originally, the Biennale was planned until January 18, 1998, but it was closed a month before because of "financial problems of the city of Johannesburg", as the official reason.

160 artists from over 63 countries (35 from South Africa) have been included in six core exhibitions at venues in Johannesburg and Cape Town, along with alternative sites ranging from billboards, bus shelters, bars and restaurants, to television, radio, magazines, postcards, the internet and the exhibition catalogue itself.

Conference:
Towards the Definition of Culture in the Late 20th Century
Conceived and organized by Dr. Olu Oguibe