In a practice spanning some 20 years, İnci Eviner has explored the perspective of women, processes of organisation and the formation of subjectivities. Her works imagine alternate forms of expression and existence that interrogate normative representation. In the Sharjah Biennial 13, she presents two videos that reflect on art, politics and life. Beuys Underground (2017) presents an alternative to the present, in which an oppressive and failing government has created fictionalised enemies to cover up its failures. As the past and future become unavailable as reference points for contemporary consciousness, a group of poets and artists decide to go underground…
(From the SB13 Guide Book) 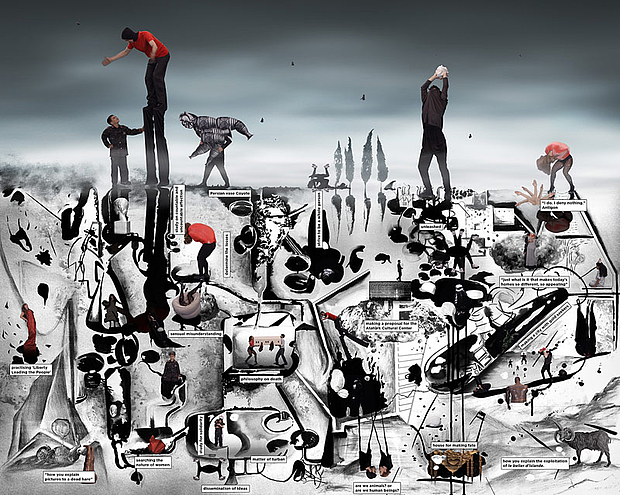 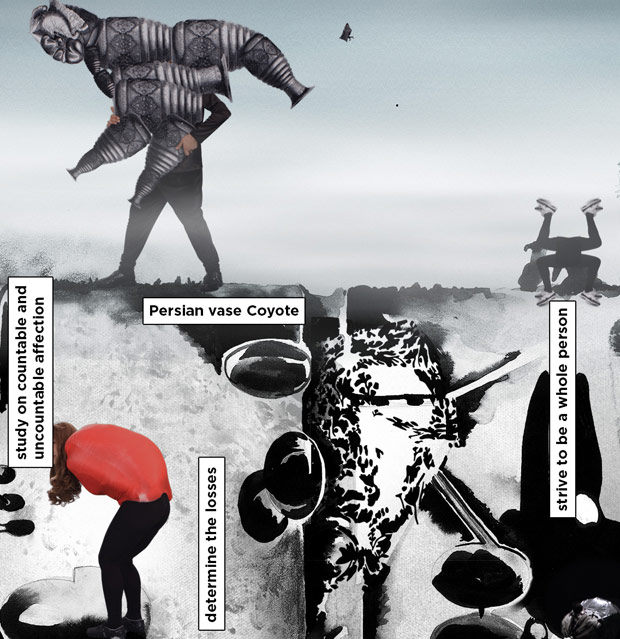 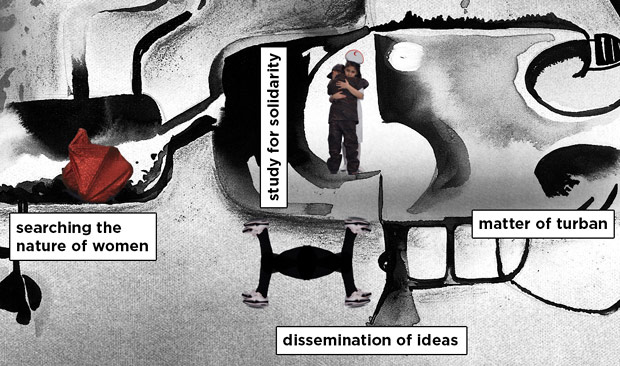