The artist about her heliographic installation "Shadows of the South and the North" at the 7th Havana Biennial in 2000. 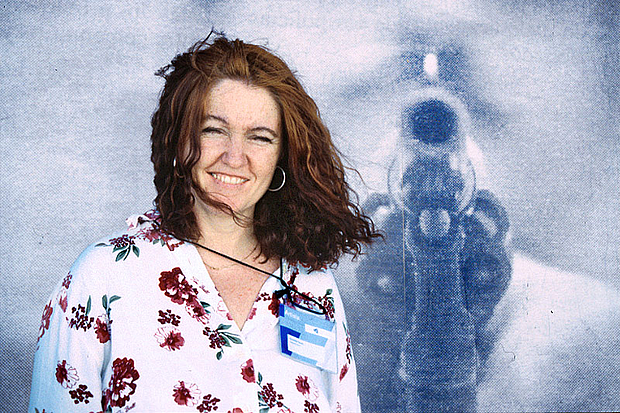 Remembering Graciela Sacco (1956 - 2017 Rosario, Argentina), Universes in Universe republishes a statement about her work, written down by Pat Binder and Gerhard Haupt, based on an interview with the artist, Havana, Cuba, November 2000.

"Shadows of the South and the North" deals with the theme of borders. In a conceptual respect, the work aims at posing questions about which space is one's own and which space belongs to someone else; who is who in the contemporary social environment? 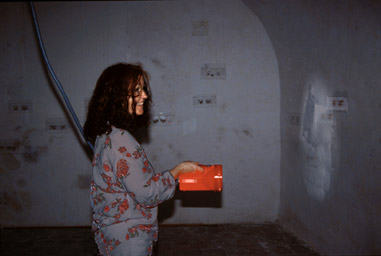 In a dark room I installed "glances" (photo-serigraphs printed on acrylic) which can only be seen when illuminated with a flashlight hanging from a long cable in the center of the room. In this work the spectator is the actor. He is responsible for what he sees, because sight requires lighting. He who illuminates thereby eliminates a fragment of darkness, he attacks the shadows.

In general, I have appropriated the images I use for my work from the mass media (newspapers, magazines). In this case, the transparent photo on the glass of the lamp, which is projected onto the wall when switched on, is a revolver aimed at oneself. This results in everything that one sees in the room being overshadowed by a threatening weapon - a constant defense against a continual attack. 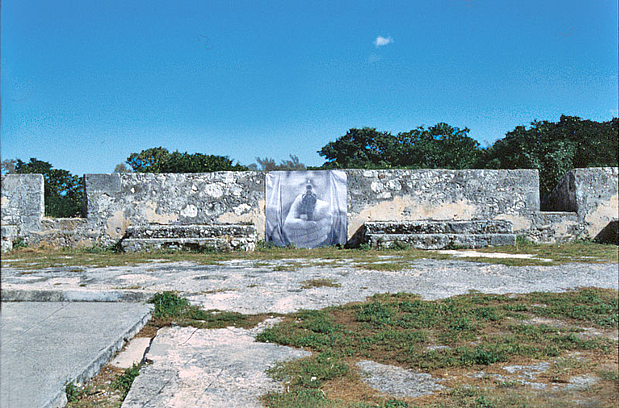 In the external space I have installed images of the same threatening pistol. For me it also has to do with clearly showing the aggression in today's cities. 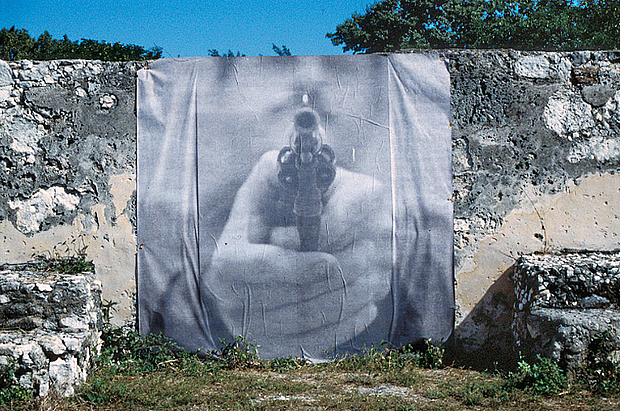 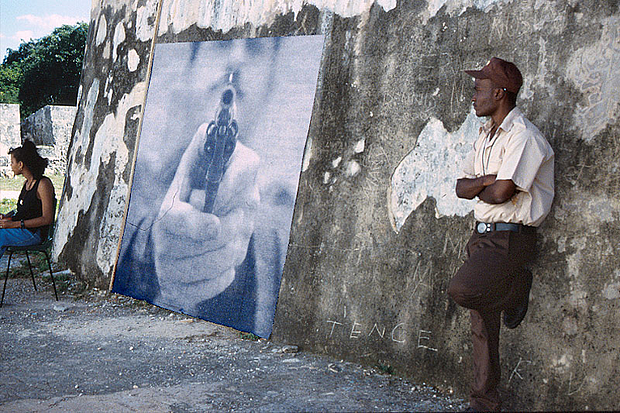 Beyond that, this work has to do with a visual interference that I realized at the borders in regions of conflict a few months ago, like in the Middle East. Transparent photos on acrylic projected images of eyes onto certain "untouchable" walls when the sun shined through them. The shadow is allowed to touch what is actually forbidden.

Works of art do not offer answers, they perhaps pose questions. It would be interesting to think about what they demand from us.

Graciela Sacco:
Shadows of the South and the North
From the series: Bocanada
Interior and exterior installation
Heliography on paper, photo-serigraphy on acrylic, and slides 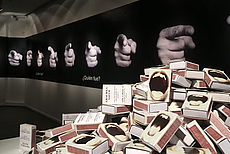 Graciela Sacco - Tribute at the MNBA