Video installation and documents by Ursula Biemann & Paulo Tavares, reflecting on the cosmopolitics of Amazonia, considering nature as a rights-bearing subject. 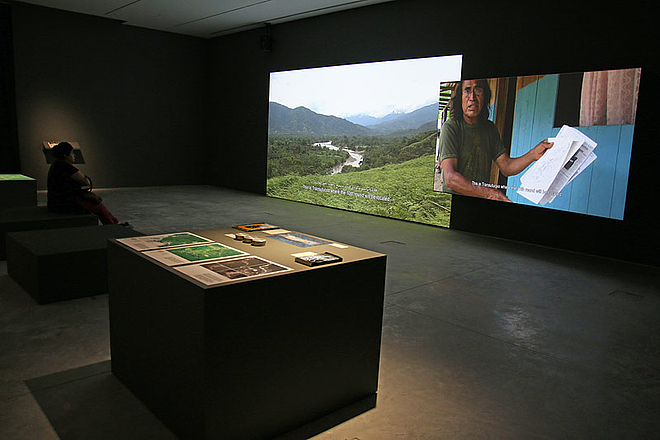 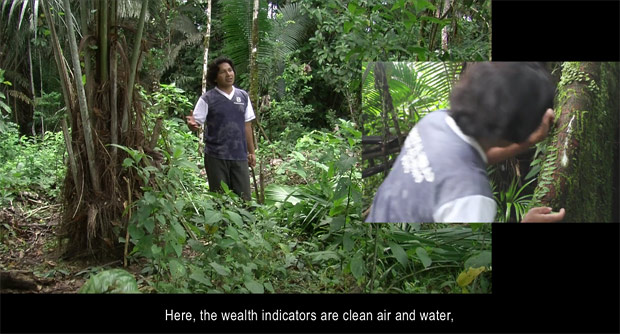