5 Sept. - 1 Nov. 2015. Drafted by Carolyn Christov-Bakargiev. Extensive tour, including works and projects by 58 participants at 24 venues. 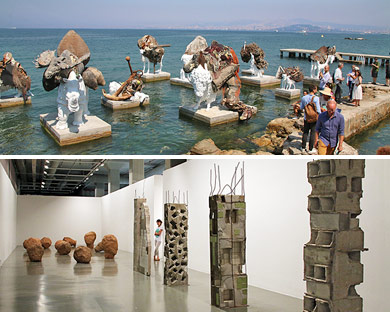 Information and tour of the 11th Istanbul Biennial, Turkey. 12 September - 8 November 2009. Curators: WHW - What, How & for Whom.
UiU Magazine