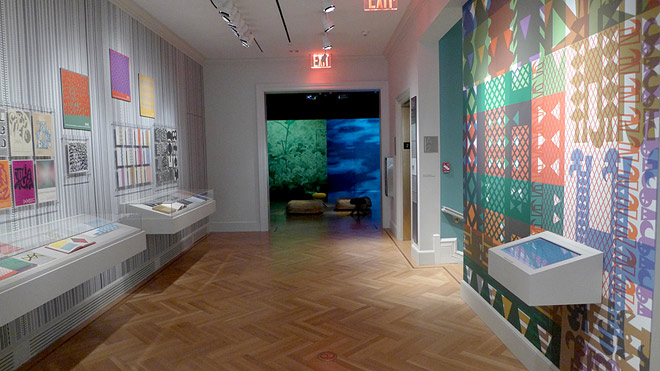 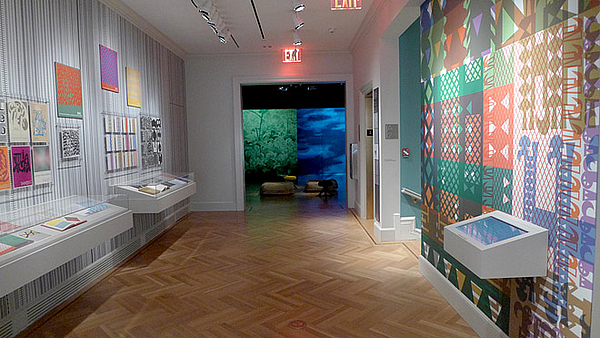 In the late 1960s, David Consuegra, one of Colombia’s foremost graphic designers, conducted research on motifs in pre-Hispanic indigenous objects that resulted in a new graphic vocabulary with references to water, weaving, fauna, and flora.

Consuegra’s drawings, prints, and books are shown together with the work of Tangrama—a leading contemporary graphic design studio based in Bogotá that is the collective endeavor of artists Mónica Páez (* 1977 Bogotá), Margarita García (* 1978 Bogotá), and Nicolás Consuegra (David’s son, * 1976 Bogotá). For the exhibition, Tangrama has produced wallpaper designs and an interactive application based on David Consuegra’s pioneering research.