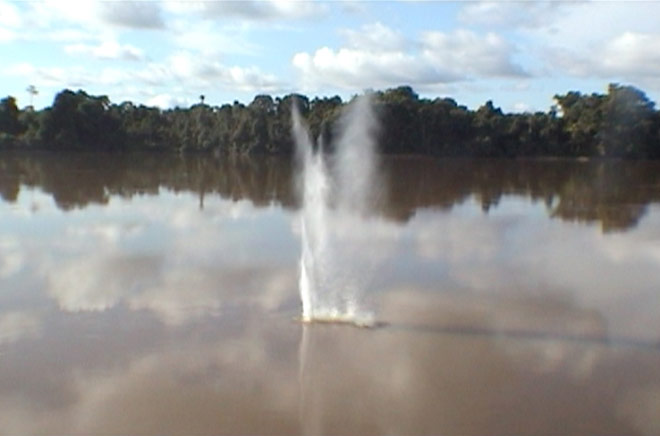 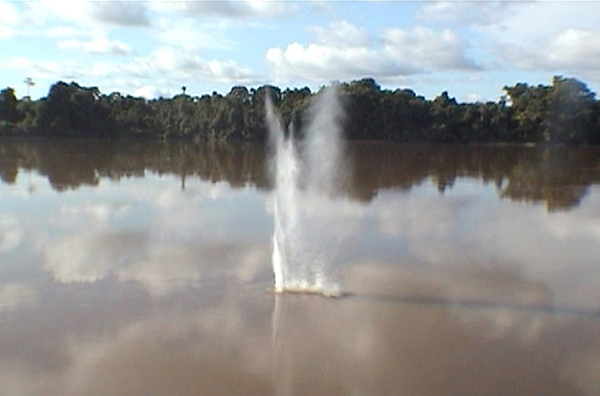 Río (River). 2005
Video, 1:50 min.
The video Río (River, 2005) by Alberto Baraya (* 1968 Bogotá), filmed while he was documenting a naval patrol ship’s trip down the Amazon and Putumayo Rivers, presents the troubling world of contrasts that is the river environment of Colombia. A work of great poetic and political resonance, Río depicts the massive rivers that serve as primary tributaries for drug trafficking, waterways that are home for the guerrilla groups that, in the absence of a strong state, control the turbulent outlying territories.