>> 12th Cuenca Biennial
UiU section dedicated to Biennials
The 12th Bienal de Cuenca is conceived as an open thought process, in which the artworks form different thematic constellations by emphasizing a set of independent, yet equally interrelated concepts. The Bienal's conceptual nuclei have to do with issues that are not only relevant for contemporary artistic production, but also for society as a whole, particularly in the historically and culturally stimulating context of Ecuador and of Cuenca, more specifically.

(From information provided by the Cuenca Biennial) 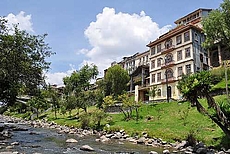 Information and photos of the International Cuenca Biennial in Ecuador, and its different editions, presented by Universes in Universe - Worlds of Art.