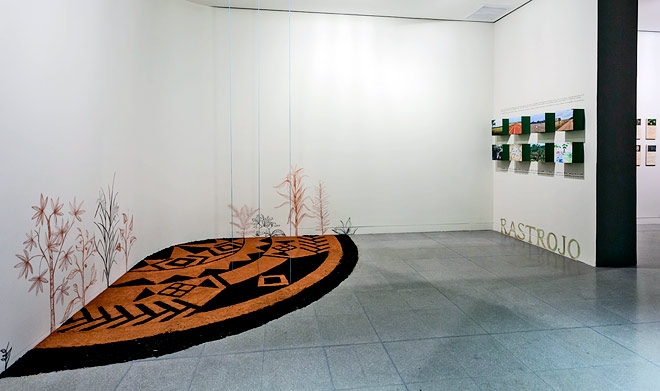 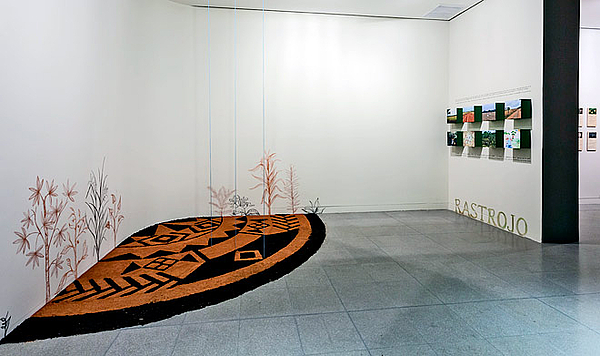 Residence in Bajo Cauca
Rastrojo
Installation, drawing, earth and photographs.
The collective enquired into two different views of the concept of landscape: the Western view, which is grid-like, putting things into frames and isolating them; and that from the ancient peoples like the Emberá-Sinú, and other indigenous communities of the Bajo Cauca region, who do not see the horizon as landscape but as stover, looking under the earth that nourishes them, where their ancestors are. To de Senús, it is very difficult to conceive the landscape as something purely esthetic; their notions of beauty cannot be separated from their notions of usefulness.