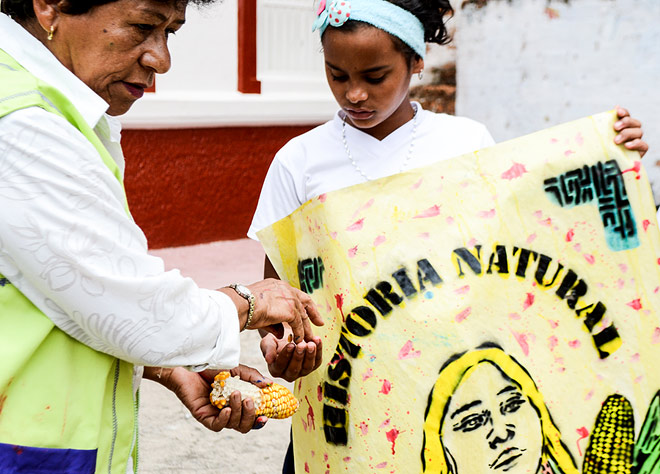 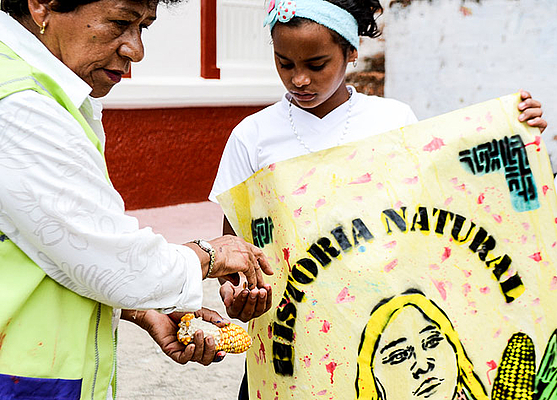 Residence in Yolombó
Hogares Eco Sostenibles
Installation with posters, spoons and seeds.
Julián García made contact with several environmentalist groups in the municipality of Yolombó. From that interaction, he proposed a series of murals in one of the main roads which were done by children with whom he also visited a representative peasant market garden, which generated a debate about food autonomy.