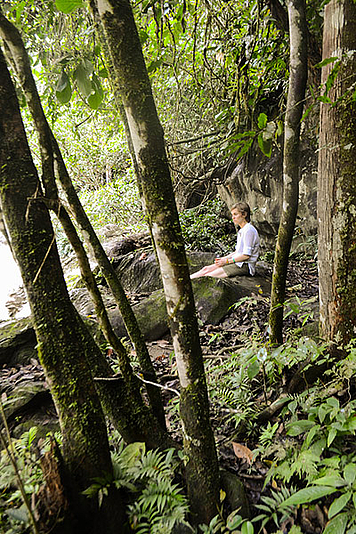 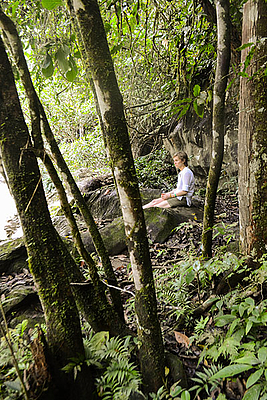 Residence in the Río Claro Reserve
Mapping with cloth, water and sun, 1:1 scale
Decades ago, the strategy implemented to preserve Rio Claro as a natural reserve was a counter-colonization. According to the land laws of the time, people could claim a tract of land as their own if they demonstrated that they were using it in a productive way, which included practices -- such as stock-breeding and mining -- that could lead to a loss of biodiversity. The current owner of the reserve made it productive growing cacao, thus protecting it from harmful uses.