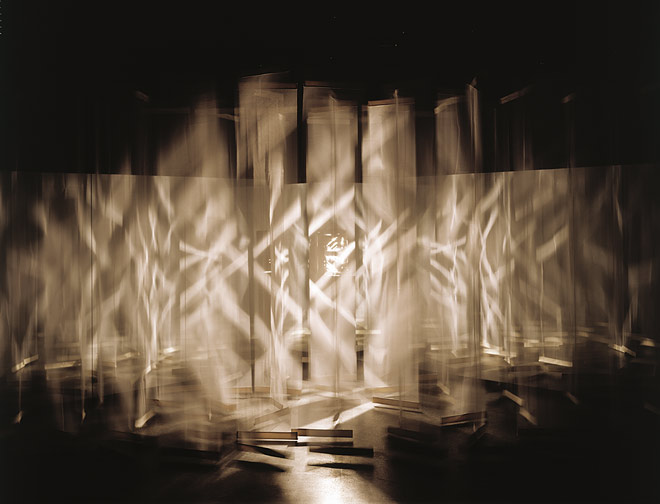 The second major exhibition at Casa Daros focuses on one of the most important aspects of Julio Le Parc's work – his preoccupation with changing light. In this stunning show, the single works of art, mostly dating from the 1960s, unite to form one great symphony of moving light.

Along with his fellow members of the Groupe de Recherche d’Art Visuel (GRAV), in the 1960s Le Parc broke radically with artistic convention, rejecting static images in favor of a dynamism that placed works of art in a constant state of flux, eliminating the possibility of fixed viewpoints. The animated play of light in his lumino-kinetic pieces transforms space, continually dissolving and recreating it and making the viewer an integral part of a Gesamtkunstwerk.

Cheerfully and with a light hand, Le Parc transports us to a kaleidoscopic universe of flickering, shimmering, dancing, leaping, and swaying light, a realm of overwhelming elegance and beauty that exerts a hypnotic fascination.

Le Parc’s kinetic works resist interpretation in specific terms. That is the artist’s intention. In a world in which everything and everyone is organized — and that is no less the case in the supposedly free realm of art — Le Parc offers with his kinetic oeuvre a way out of our regimented existence, liberating viewers from their state of dependence by allowing them to become part of a total light-experience. Seeking to grant a greater measure of self-determination to his viewer-participants, Le Parc would be the last to impose a particular view on them. The profoundly human character of his work, and its political dimension, lie in this rigorous eschewal of absolute claims. This is a free and democratic art, full of respect for humanity, anti-authoritarian, and averse to the cult of genius. 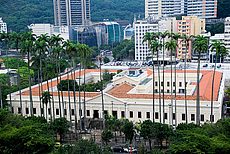 Casa Daros in Rio de Janeiro is an institution of Daros Latinamerica, headquartered in Zurich, Switzerland. Inaugurated on 23 March 2013, closing in December 2015.