With music, scriptwriting, and narrative approaches, Helguera takes on the history of the Palacio de Bellas Artes, Mexico. 20 April - 17 June 2012. 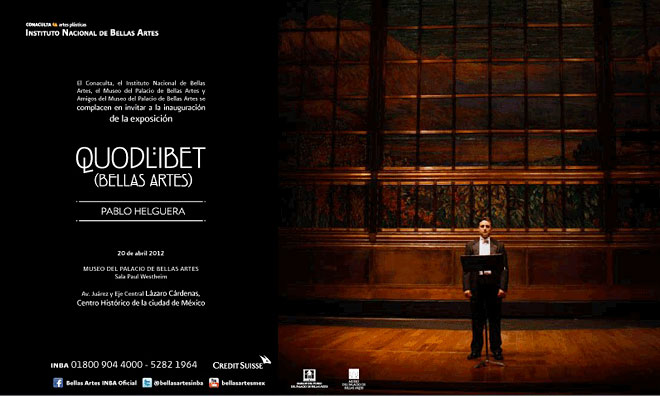