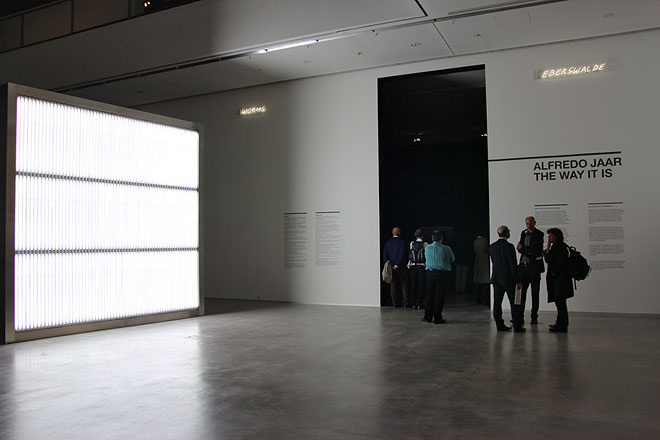 Alfredo Jaar – The way it is.
An Aesthetics of Resistance
2nd venue:

At Berlinische Galerie 4 complex groups of works are combined and set in relation to each other:

- Works created in and for Berlin, including the reconstruction of the Pergamon Project, "Eine Ästhetik zum Widerstand", and the photo series "A New World", which will be presented for the first time ever.

- Works on themes related to Africa, a key focus of Alfredo Jaar’s art, particularly his impressive series on the genocide in Rwanda.

- Installations in which light plays a pivotal role, e.g. "Lament of the Images", the reconstruction of his contribution to Documenta11 in 2002 and the more recent "The Sound of Silence".

- A selection from the "Press Works" series in which the artist repeatedly examines in a pointed way the topicality of press coverage and its agenda.

The other two venues: 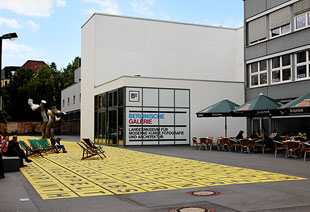