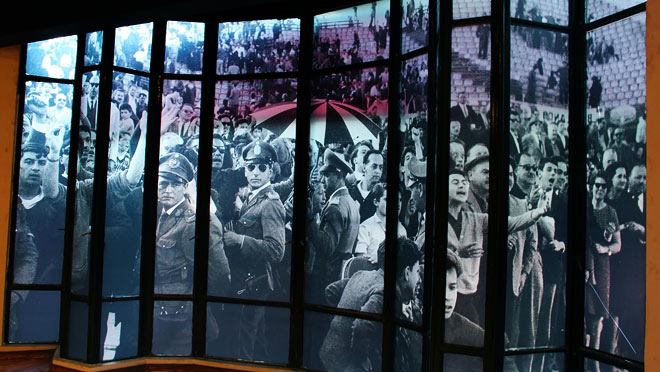 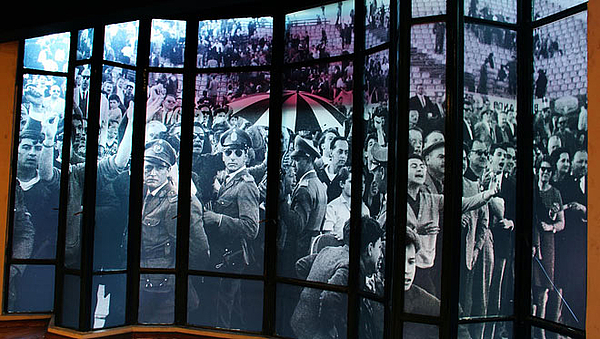 Monumental blow up of an image from 1968 taken at a football match in the Estadio Centenario with a strong military presence, applied to the 5x10 metre art-deco bay window that looks onto the street. At night, illuminated from the inside, the image looks out onto the street as if it were an enormous light box.

Her exhibition in Montevideo, based on a photographic archive hidden during Uruguay's military regime.