Reconstruction of the swimming pool with lights and projections, created with Neville D’Almeida in 1973. 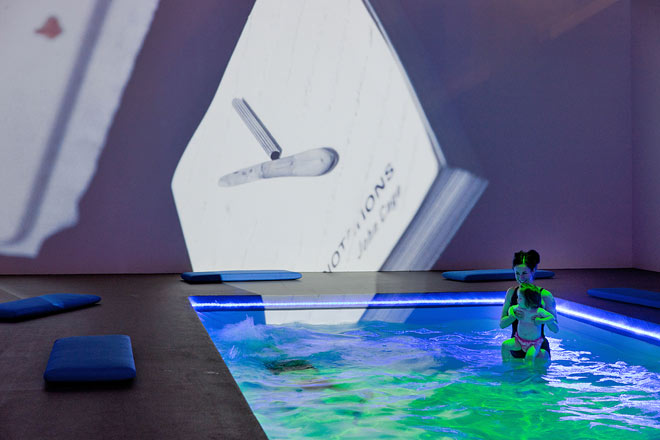 The Geffen Contemporary at MOCA

The exhibition travels to: