Race and Racism in Cuban Contemp. Art. Exhibition in Havana and Pittsburgh, incl. some of the most renowned Cuban artists. 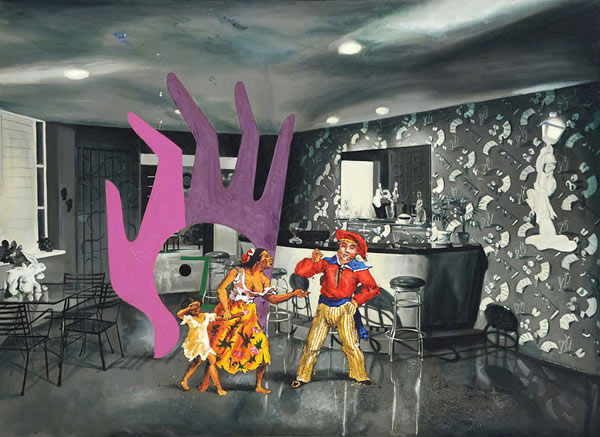 After decades of official silence, discussions of "race" and racism have become prominent in contemporary Cuba. Since the early 1990s, numerous cultural actors - musicians, writers, painters, performers, and academics - began to do something that was previously unthinkable: they began to denounce the persistence of racial discrimination in Cuban socialist society. These intellectuals have articulated the concerns of the Afro-Cuban youth, a population group that came to age in the early 1990s, precisely at the time that the socialist welfare state began to unravel. They have constituted a loose Afro-Cuban cultural movement that is using cultural spaces to raise uncomfortable questions about the persistence of racism in Cuba. Culture has become the space where a democratic future can be imagined and debated within the island.

Queloides/Keloids is an art exhibit that seeks to contribute to current debates about the persistence of racism in contemporary Cuba and elsewhere in the world. The exhibit is hosted at the Centro Wifredo Lam in Havana (16 April - 31 May 2010), then transferred to the Mattress Factory Museum in Pittsburgh (8 October 2010 - 27 February 2011). The artists invited to participate are renowned for their critical work on issues of race, discrimination, and identity. Several of them collaborated in three important exhibits in Havana between 1997 and 1999 (titled "Keloids I", "Keloids II", and "Neither Musicians nor Athletes"). The last two were curated by the late Cuban art critic Ariel Ribeaux. All these exhibits dealt with issues of race and racism in contemporary Cuba, issues that had been taboo in public debates in the island for decades.

"Keloids" are wound-induced, pathological scars. Although any wound may result in keloids, many people in Cuba believe that the black skin is particularly susceptible to them. Thus the title evokes the persistence of racial stereotypes, on the one hand, and the traumatic process of dealing with racism, discrimination, and centuries of cultural conflict, on the other hand. Queloides/Keloids includes several art forms, paintings, photographs, installations, sculptures, videos, and offers novel ways to ridicule and to dismantle the so-called racial differences.

Alejandro de la Fuente
UCIS Research Professor of History and Latin American Studies at the University of Pittsburgh. His work on slavery and race relations in Cuba and Latin America has been published in Spanish, English, French, Italian, German and Portuguese. He is the author of A Nation for All: Race, Inequality and Politics in Twentieth Century Cuba (UNC Press, 2001) and of Havana and the Atlantic in the Sixteenth Century (UNC Press, 2008).
Elio Rodríguez Valdés
A Cuban artist whose work explores the intersections of race, gender, nationalism, and globalization. His work, which has been showcased in numerous collective and solo exhibits in Cuba, Spain, the United States, Belgium, Great Britain, Brazil, Argentina, the Dominican Republic, and Israel, is part of museum and private collections around the world.

(Press information from the organizers)