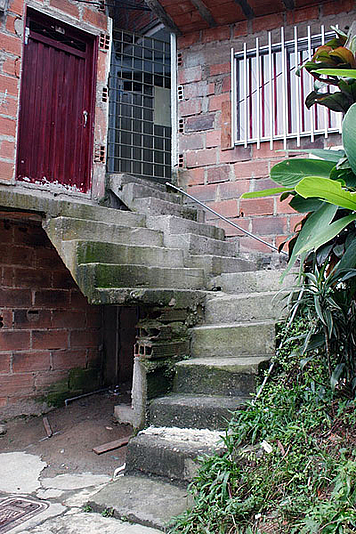 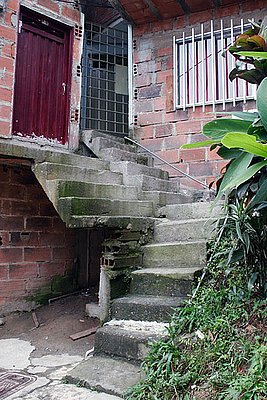 The Escalas project served as a starting point for the Backbone installation.

It began as an exploration linked to Medellin’s International Encounter of Artistic Contemporary Practices 2007. Back then, Herrán documented informal adaptations of public space in the suburbs, which in his view had a sculptural dimension. For instance, he recorded the stones used as urban furniture or the ones that were painted with the colors of the city’s soccer teams. Later, he documented the solutions found to access the hillside houses of these neighborhoods. Thus he focused on the stairs as those informal structures that successfully integrated the neighborhood with the city. The stairs are irregular because they are made by pouring concrete into rough wood forms following the topography of the terrain. Likewise, the stairs are built according to the free growth of the neighborhoods. Homeowners make their own access steps, which join the existing stairs creating a complex system of branch lines and bifurcations. On top of their sculptural value, Herrán saw the stairs as a public space resulting from the addition of different individual constructions.

Backbone: Informal Urbanism and Utopia. A metaphor of the possibility of Latin American integration.