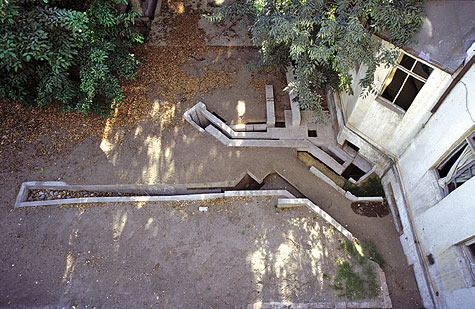 Factory Declares Bankruptcy upon Opening. 2002
Excavation of the old Salvador Hospital, Santiago, that attempts to recuperate an abandoned interior patio by reincorporating it into the original structure of the building, and connects floors, baseboards, foundations, pillars, and pipes through underground tunnels with the outside of the building.