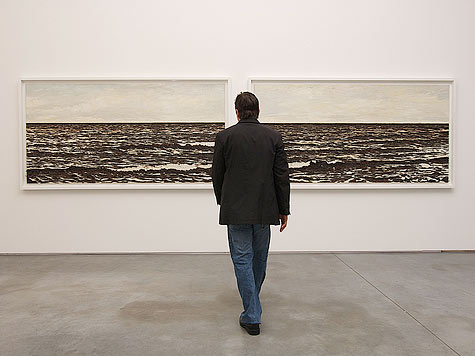 The vast 6 x 3 meter panel work by Yoan Capote entitled Isla (Island 2006/7) portrays the ocean that physically separates Cuba from the rest of the world and on closer inspection the waves reveal themselves to be made up of treacherous fish hooks. The US claims that thousands of Cubans attempt to cross the 145-kilometre expanse of water between Cuba and Florida each year and it has become symbolic of the dangerous and fragile links between not only Cuba and the US but also Cuba and the world.

Exhibition in London, 2008. An exploration of the complexities of economic and information exchange in Cuba. Curators: Gerardo Mosquera, Cylena Simonds