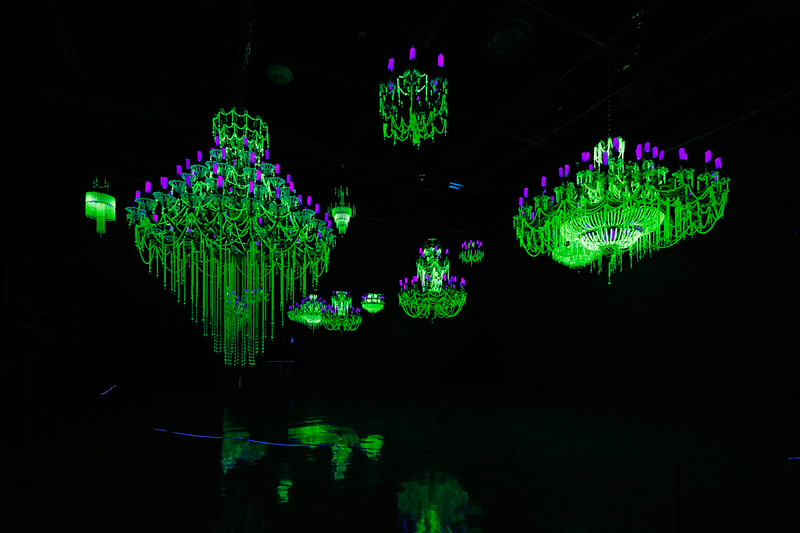 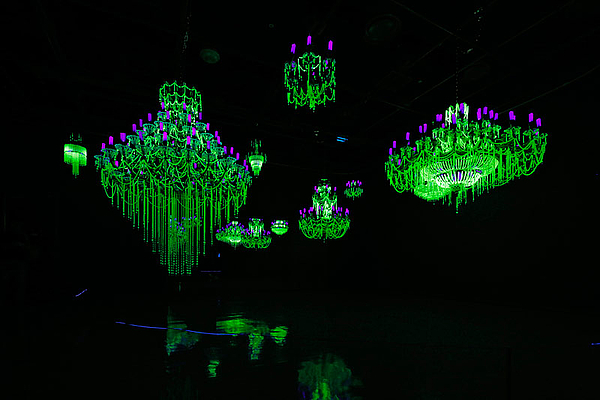 Crystal Palace: The Great Exhibition of the Works of Industry of all Nuclear Nations, 2012-2016

Chandelier pieces made of uranium glass, which is popular among collectors around the world. Each chandelier has a name of nations with nuclear power stations. The size is determined by the scale of the energy produced by each country.

The collective started to work on this series as a response to Fukushima Daiichi nuclear disaster in 2011.