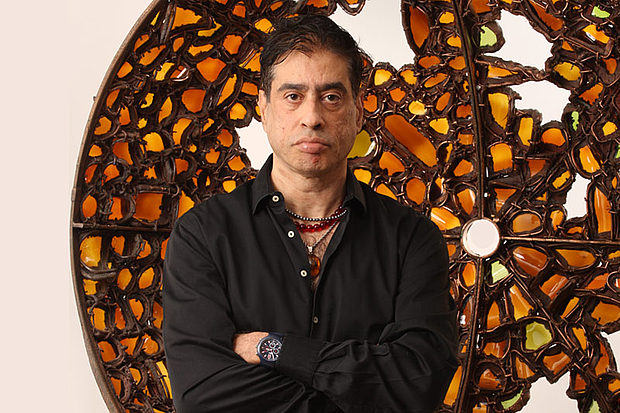 A fearless pioneer of Performance Art in Pakistan, Amin Gulgee’s cultural interventions bridge sculpture, installation and performance. In his curatorial strategy he explores the tension between gender, time, and human connections. His not-for-profit gallery is a space for exploration, engaging fresh talent, theatre artists, fashion designers and musicians. Gulgee has had over 30 solo shows in Pakistan, Malaysia, Singapore, the UAE, India, the UK, Portugal and the US. His most recent, Washed Upon the Shore at Canvas Gallery Karachi, 2016, combined sculpture, performance and music.

In the last decade he has staged over a dozen performance works in Karachi, Lahore, Dubai and Nagoya, as well as the Royal Albert Hall in London. He has created a space, vernacular and audience for the performance artist and the genre in Pakistan. His most ambitious piece, a 45 minute dance based performance, Where is the Apple?, explored ancient stories of Eden, innocence and men and women, against a backdrop of his sculpture “CharBagh”.

Amin Gulgee has received numerous awards, including the President’s Pride of Performance in 2005. In 2012, he was named one of the Pakistan Power 100.