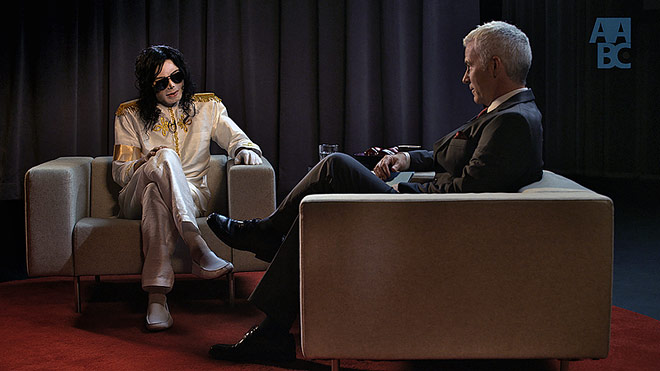 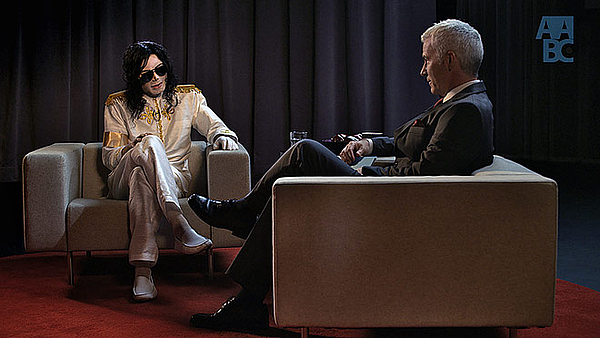 Michael. 2015
Video 16’ 02”
Commissioned by Qatar Museums Authority
From the heart of contemporary capitalism, that is to say, Times Square in New York –the global focus of mediatized actuality– Adel Abidin's video, Michael, shows an event that will shake history's foundations: a direct vision of media icon Michael Jackson's continued existence beyond time. In a live talk show –the altar of modern media culture– this paragon of universal celebrity culture answers the pressing existential questions that afflict the general public nowadays. Starting from the observation, "Look what we have done to the world," and the conviction, "We wanna make the world a better place," Jackson actively engages in the shallow and non-contemplative proclamation of truths, so typical for media personalities: spreading opinions and ideas that obscure modern man's perspective on reflection. (Henk Slager)