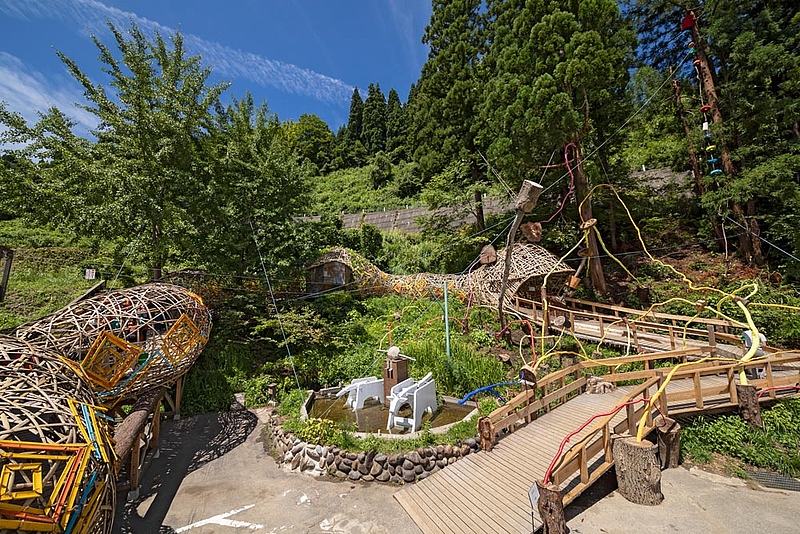 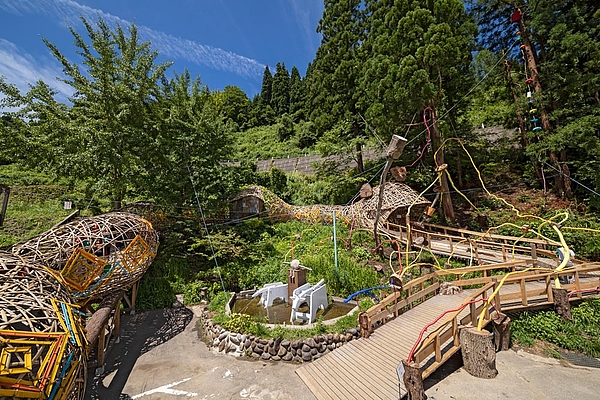 A museum created in the 130-year-old school building of the former Sanada Elementary School presents the works of Seizo Tashima in the form of "a walk-in picture book". In collaboration with poet and translator Arthur Binard, the artist creates "an outdoor walk-in picture book" under the theme of "mamushi" (pit viper). A poem by Arthur Binard taking inspiration from local life and culture appears at the back of the school building with a gigantic mamushi created by Seizo Tashima, while a stream is built as a new hub for "environment and art".