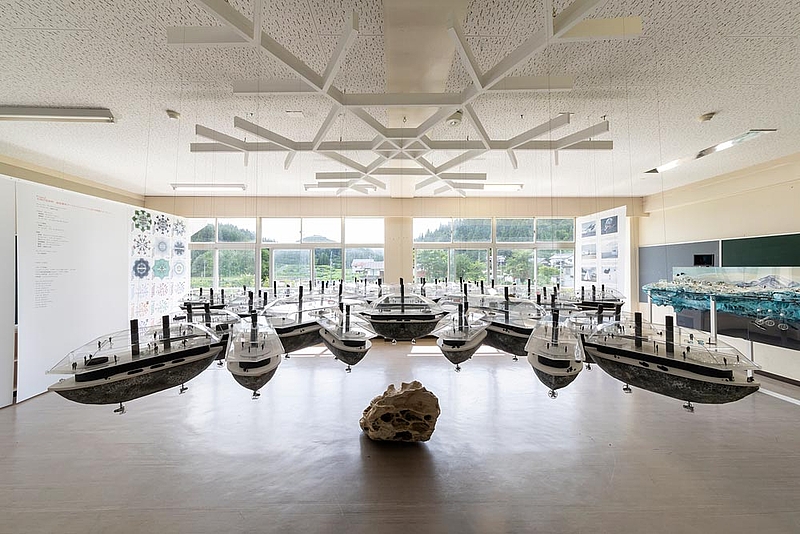 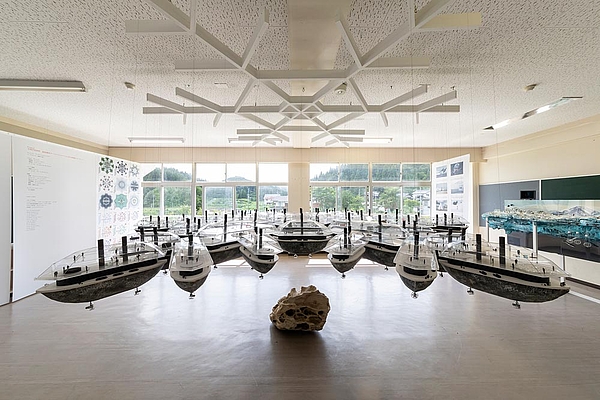 The first Antarctic Biennale was held in 2017 with participating artists from thirteen different countries. Its initiator, Alexander Ponomarev, who curates exhibitions questioning the common issues of human beings, sets up a space suggesting the form of future life in one of the rooms at Nunagawa Campus. "Fram," meaning "forward" in Norwegian, is the ship which was used in the Arctic and Antarctic expeditions by explorers Fridtjof Nansen and Roald Amundsen. It is the name representing the collaboration between the next Antarctic Biennale and Echigo-Tsumari.