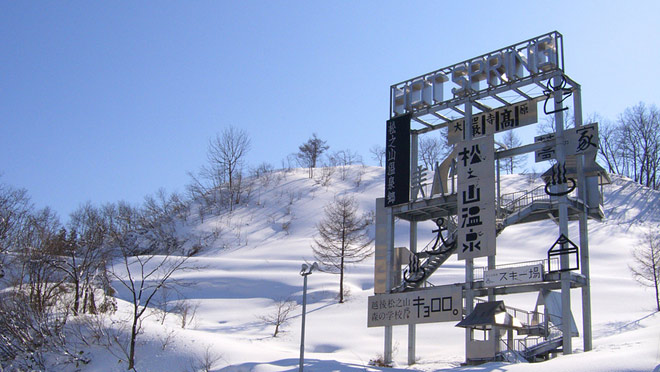 Matsunoyama is a mountainous area. With the Koido river on east and the Shibumi river on the west, it has limited plain space along these two rivers. The area is exposed to the hardships of nature, with landslides and heavy snow in winter. In addition to rice produced on the terraced rice fields, people grow special local products such as mushrooms and wild plants, and run ryokan (traditional guest houses that originated in the Edo period 1603-1868), particularly in the Matsunoyama hot spring area.

The Daitozan Art Museum, a 700 year-old house and garden that belonged to the Murayama family, displays furniture, drawings and pottery, representing the life of these wealthy farmers.

The Daigonji Highland is located at approximately 700 m height. Besides of the artworks of the Echigo-Tsumari Art Triennale, visitors can enjoy the landscape during the different seasons. There is a fully equipped camping ground open during the summer.

Since the first edition in the year 2000, the Echigo-Tsumari Art Triennale has produced more than 380 artworks, 46 of them in Matsunoyama.