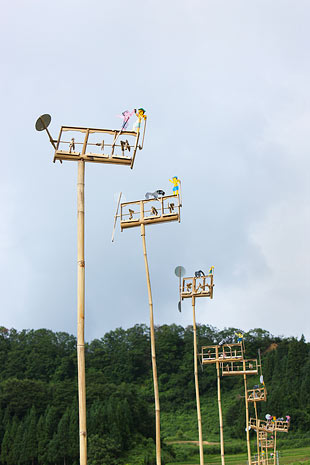 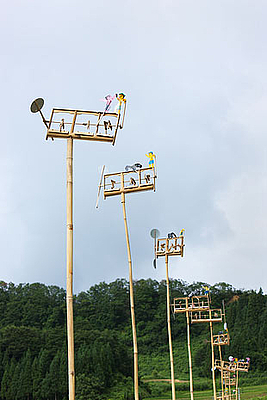 Windmills that grace the terraced rice paddies of the artist’s home village in Indonesia feature figurines and make rattling sounds as they spin. In 2009 again, original windmills based on surveys in Echigo-Tsumari are installed across an entire field.