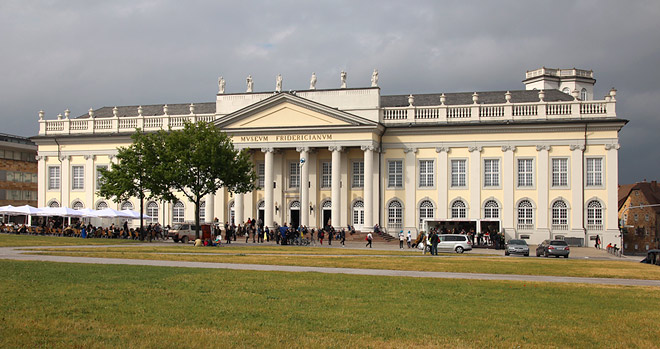 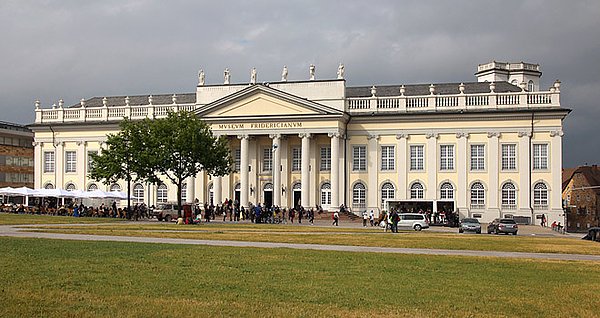 Permanent exhibition venue of Documenta since its first edition 1955.The Museum Fridericianum opened in 1779. Inspired by the British Museum in London, landgrave Friedrich II had the building, which is regarded as one of the first public museum on the European continent, designed by his court architect Simon Louis du Ry.Following the bombings during World War II, only the facade and the Zwehrenturm (tower) were left standing. The museum was provisionally rebuilt for the opening of the first Documenta in 1955. Since 1988, it has functioned as an art venue when no Documenta is taking place.