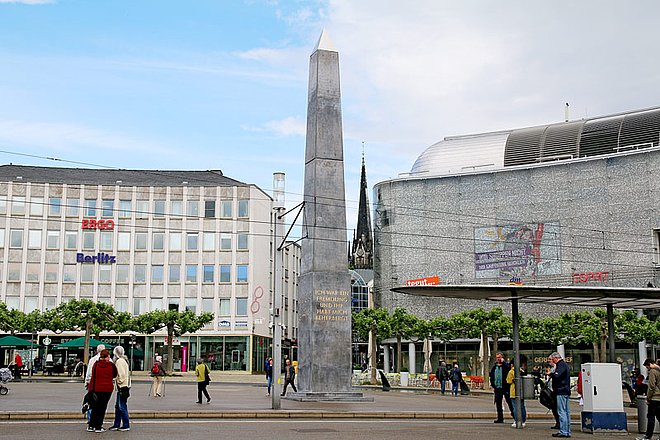 Königsplatz—constructed in 1767 and named after Landgrave Friedrich von Hessen-Kassel (1676–1751), also the King of Sweden—is often a site of assembly, festivities, and political demonstrations; for example, the protest in 2015 about the living conditions of refugees. It is also where Goethe was famously refused a hotel room when he arrived there one night because he first spoke French to the innkeeper.

Oguibe’s obelisk on this site is a repudiation of the anti-immigrant bigotry that certain world leaders and their followers have been fanning around the world lately, and an acknowledgment of the life-saving hospitality and refuge which others have offered to counter this bigotry. The work evokes and materializes the current crisis of humanity, and is a call for action.