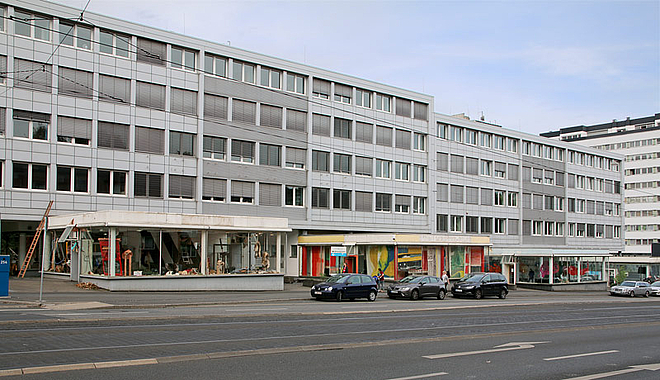 Geographically, Kurt-Schumacher-Strasse traces the line between Mitte at the center and Nordstadt in the north of the city; as such, it indicates a sociopolitical boundary as well. Whereas Mitte is the comparatively homogenous commercial and cultural hub of the city, Nordstadt is where Kassel becomes home to Turkish, Ethiopian, Bulgarian, and other migrant communities based there since the 1960s and ’70s, as well as those who more recently arrived from Syria and the Middle East.

Punctuating Kurt-Schumacher-Strasse are the so-called Glass Pavilions of the Hansa-Haus, once home to commercial outlets and now abandoned. Constituting the memory of an economy powered by local shop owners, the six pavilions—plus one additional site used by documenta 14—remind us of what Kassel once was and wanted to be, while exuding an air of waiting for an elusive future.