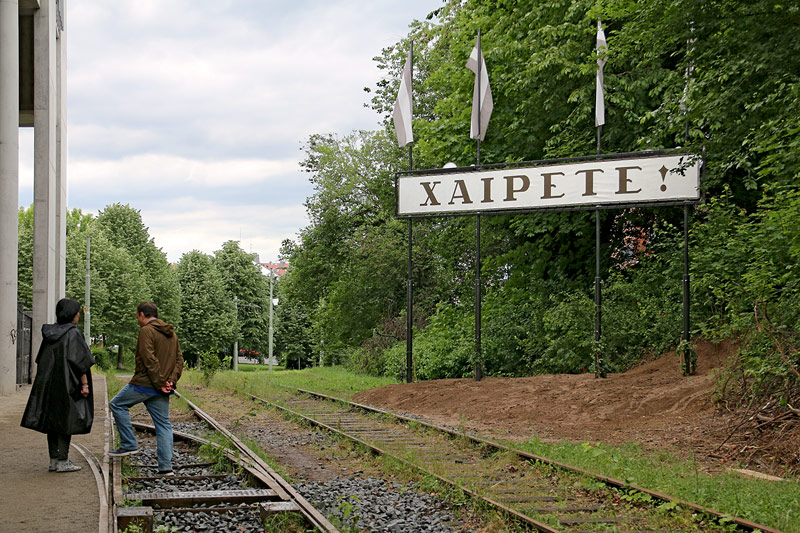 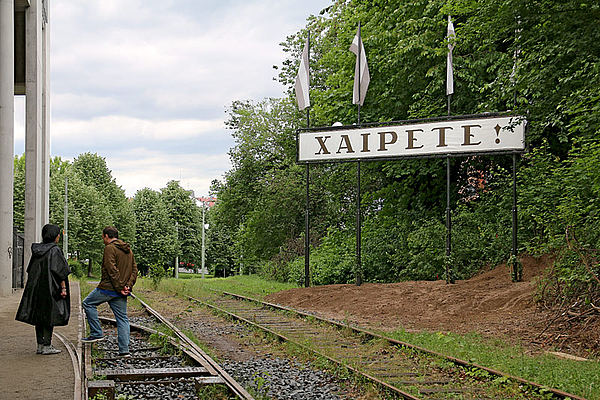 A sign with the inscription XAIPETE! (pronounced herete in Greek) meaning HELLO! was placed in the entrance of a camp in Görlitz. In 1916, approximately 7.000 Greek soldiers surrendered to the German forces. Since Greece was at the moment neutral to the war, these soldiers had a bizarre status, being at the same time guests and prisoners. The entire 4th Corps of Greek army, was demobilized and carried by rail to Görlitz, Germany. The "guests" of the German Government remained there for almost three years. The prisoners were free to walk around the city, print their own newspaper and realize some of the first historical recordings of Greek music. In commemoration to this historical event that illustrates an undetermined sociopolitical status of the Greeks during World War I, Xagoraris re-creates the welcoming gate of the camp. Accompanying the structure are the sound recordings held in the archives of Humboldt University as well as the Ethnological Museum of Berlin. (Text: Zafos Xagoraris)