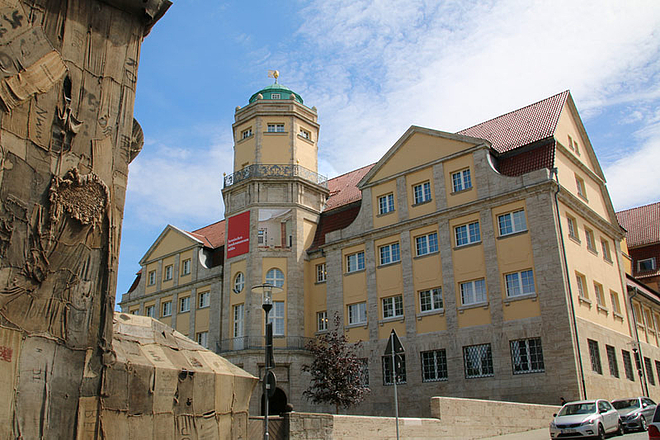 The Hessisches Landesmuseum (Museum of Hessian History), designed by the German historicist architect Theodor Fischer, was inaugurated in 1913. It was among the last major historical museums opened before the onset of World War I and the subsequent dissolution of the German empire. Having escaped much of the bombing that reduced the vast majority of Kassel to rubble during World War II, the Landesmuseum famously housed Kassel’s celebrated collection of Flemish and Dutch Old Master paintings in the postwar era, most notably in a groundbreaking arrangement—with paintings without their historical frames—authored by documenta founder Arnold Bode in the mid-1950s. After extensive rebuilding and renovations, a revamped Landesmuseum reopened in November 2016, its commitment to the hazy question of regional identity largely intact.