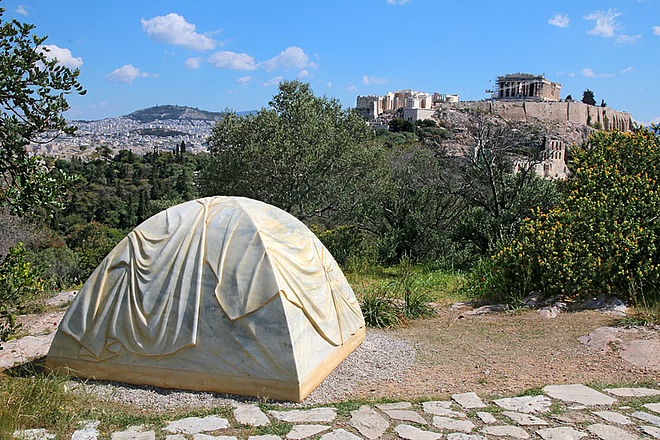 Between 1954 and 1957, the area was redeveloped by the architect Dimitris Pikionis in collaboration with his students and local stonemasons. Together they improvised in the existing topography without recourse to paper plans, creating a series of linking pathways to the Acropolis. Plants indigenous to Attica were reintroduced, a pavilion built, and paths laid using stones salvaged from local buildings, both vernacular and neoclassical.
(From a text by documenta 14 and other sources)