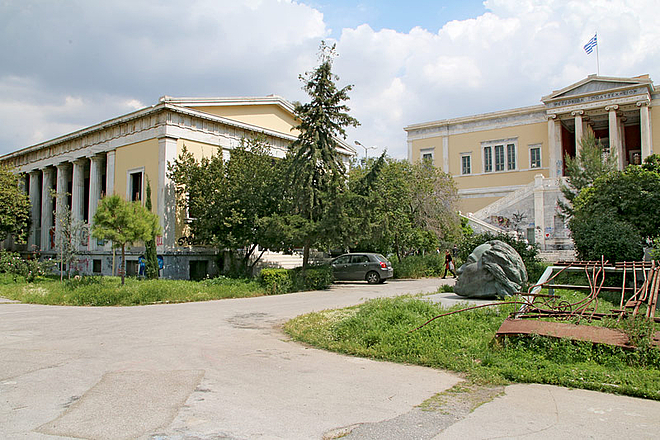 Athens Polytechnic is among the oldest higher-education institutions of Greece. It is also a central symbolic and historical locus of contemporary Greek resistance. On November 14, 15, and 16, in 1973, the students of the Polytechnic barricaded themselves inside the school. There they began broadcasting a pirate-radio transmission, calling on the people of Athens to resist Greece’s military dictatorship. On the evening of November 17, an AMX-30 class military tank broke the main gate and charged inside on orders from the junta. Many people were killed in the following events, and the uprising ended, but it ushered forth the fall of the dictatorship the following year.
(From a text by documenta 14)