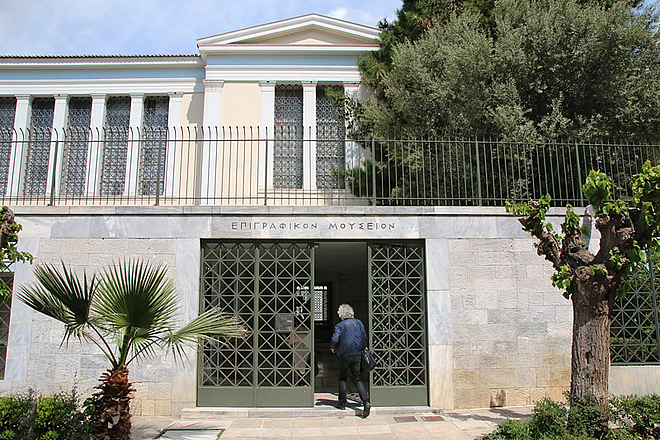 This museum, founded in 1885, is filled with inscriptions dating from the eighth century BCE to the late Roman period—there are economic accounts, treaties, decrees, sacred laws, funerary stelae, and ancient graffiti. Some, known as boustrophedon (ox-turn), reverse the usual left-right order of text on every second line, generating a rhythmic mirroring within the act of reading that echoes the movement of a plow pulled by an ox.

Gauri Gill introduces works from her photographic series in dialogue with the collection displays. The Mark on the Wall, Traces, and Proof of Residence document vernacular uses of text and inscriptions, while Birth Series is a meditation on the beginnings of history. Of the latter series she notes: “I believe that these fragments express glimpses of the collective mind of a rural community.”
(Text by documenta 14)

About this venue and the works