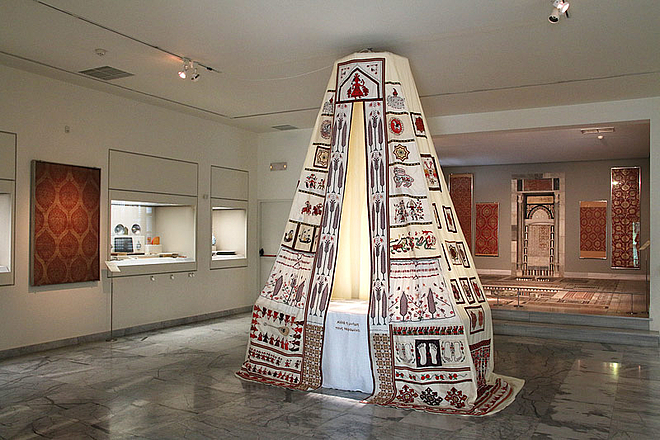 Mounira Al Solh shows an embroidered tent that is suspended from the ceiling: an offering to and shelter for those lost in war and its violent displacements. The tent features embroidered floral elements, texts, leaves, and other fragile materials that link to traditional decorative elements originating from ancient, Byzantine, and Ottoman times. Inside the tent a low table offers a book filled with stories from the displaced people the artist has met in Athens and Kassel over the past year.
(Text by documenta 14)