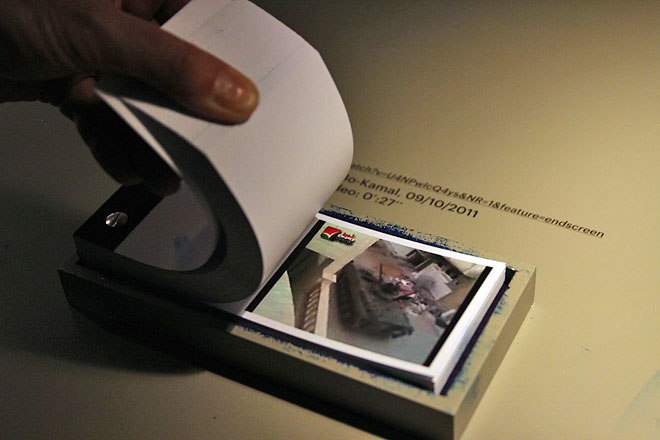 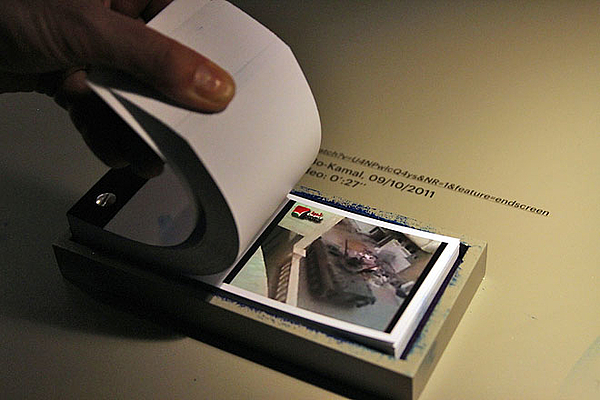 The Pixelated Revolution. 2012
(Detail: one of the flip-books)
Installation in multiple parts about the extraordinary documentation of deaths in the Syrian Revolution, made by the victims themselves by filming the act of shooting with their mobile phones. 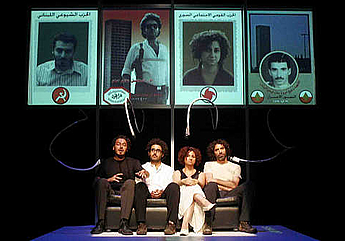