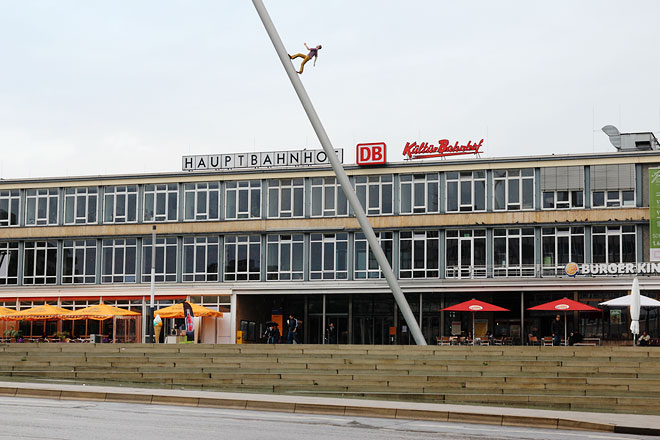 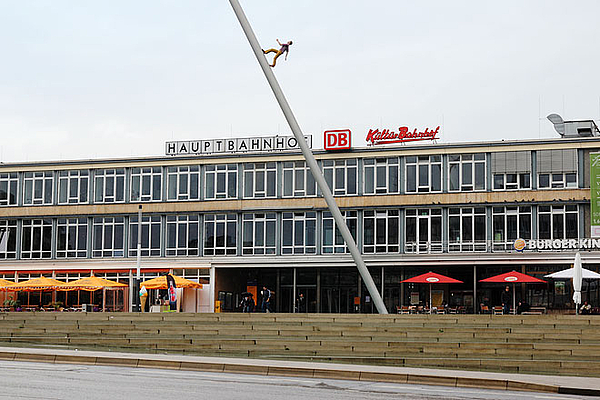 Kassel's main central train station until 1991. Since 1995, spaces no longer needed by the railroad have been used for cultural purposes.

In front of the building:
Jonathan Borofsky's "Man walking to the sky",
a work exhibited during documenta IX (1992) at Friedrichsplatz, bought after by the city of Kassel