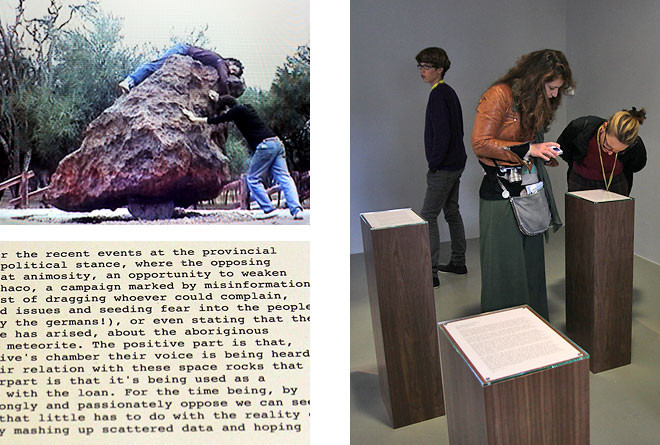 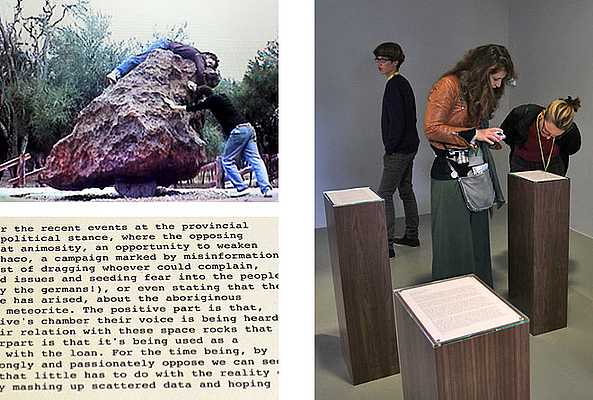 The artists struggled to have the meteorite El Chaco - the second largest in the world, which weights 37 tons - transported from the location Campo del Cielo in the northern Argentine province of Chaco to Kassel for the duration of dOCUMENTA (13). The controversial project failed in the end, because of the vehement opposition and protests of the indigenous people from the region.

In the Fridericianum there is a video by the artists, and 4 letters on display.

Permanent exhibition venue of documenta since its first edition 1955.