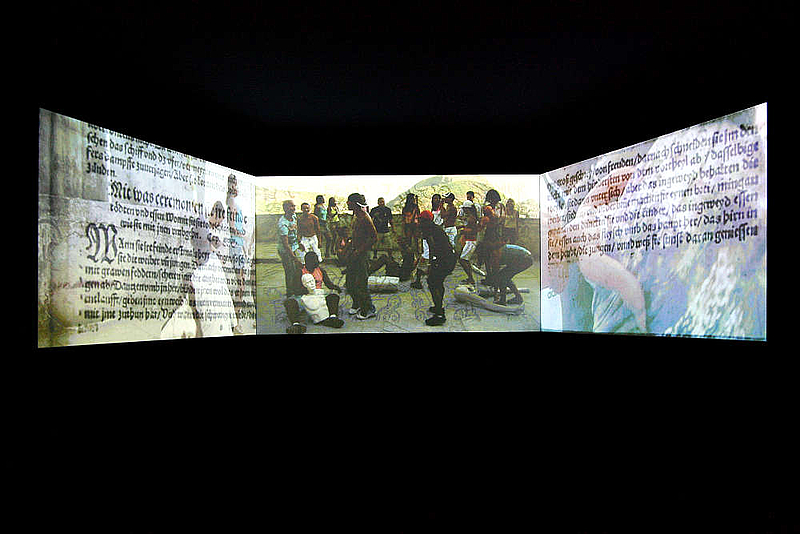 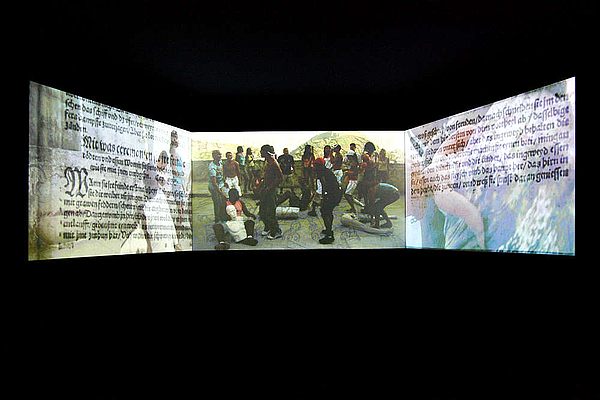 Hans Staden, born in 1525 near Kassel, served a Portuguese colonial expedition as a mercenary around 1550 until the Tupinambá tribe took him captive. After his release, he composed in 1557 an illustrated report on the tribe and its anthropophagous practice. The book substantially influenced the European view of the New World as the home of wild cannibals.

The two artists transposed this story into the current Funk culture of the favelas of Rio de Janeiro. Together with a group of "funkeiros", they staged and reinterpreted nine illustrations from Staden's book.