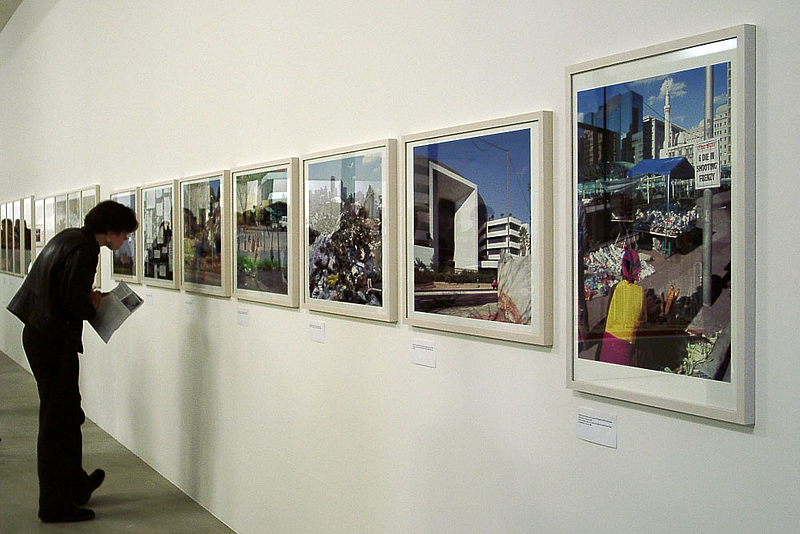 A progenitor of the reinvention of documentary photography in the charged territory of apartheid, David Goldblatt’s work represents an effort at recording silences, or capturing obscure illustrations of ambiguous structures, spaces, and peoples. (…)
Goldblatt's work featured in Documenta ll shows his supplanting of the documentary tradition through examples of early work from In Boksburg, combined with a newly commissioned portrait of Johannesburg. In a quiet and ambivalent way, Goldblatt negotiates both personal and political aspects of the South African landscape, recording the obscure, in-between sites that register and reverberate the memory, territory, history, and architecture of apartheid.
(From the documenta 11 Short Guide)