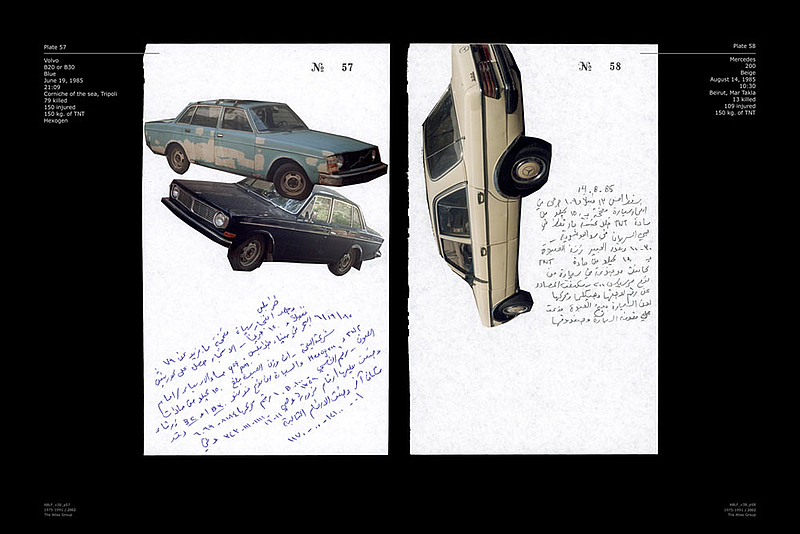 Walid Raad founded the Atlas Group in 1999, an imaginary foundation whose objective is to research and document Lebanon’s contemporary history. Raad presents the Atlas Group primarily through lectures that include films, photography exhibitions, videos, and a variety of documents from the group’s archives. Certain sections of the archive have been the object of a number of installations in museum spaces. (…) The aim is to compose an archive of a fictional nature that both criticizes the feigned objectivity of historical discourse and dismantles the supposed autonomy of artistic work. With their scattered notes, their precise, furtive, and pregnant images, with the succinct density of their fragmentary testimonies, the characters of the Atlas Group evoke a purely affective space that instrumental logic keeps sweeping into the discourse of history.
(From the documenta 11 Short Guide)