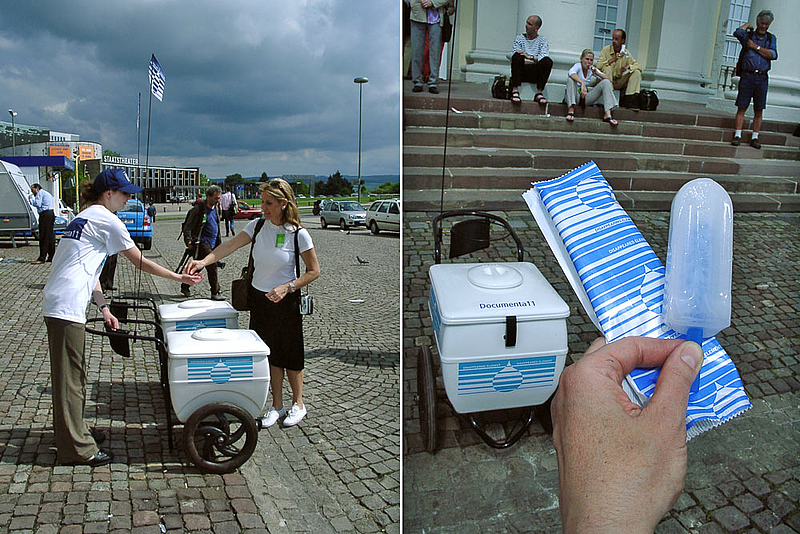 Disappearing Element / Disappeared Element (Imminent Past) works on various levels: on one level it alludes to the imminent and progressive scarcity of water on a global level, on another it is a continuation of the questioning of the notions of the value of use and the value of change that recur in Meireles’ work. Finally it is about establishing an autonomous production system on a small scale. The viewer found, at various points throughout Kassel, a series of small colored carts containing water popsicles. The work, which enjoys an admirable simplicity and economy of resources, manages to alert us to a dangerous and neglected aspect of the deterioration of our environment while puzzling over the relationship between art and the market, underscoring the undeniable social responsibility implicit in all artistic creativity.