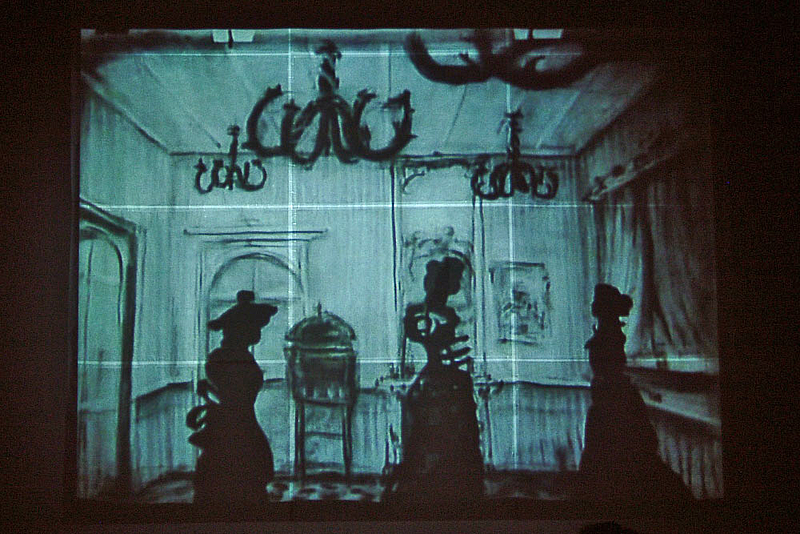 Evocative, expressionistic charcoal drawings on paper projected as animations, ephemeral shadows of torn-paper figures, the silhouettes of a handful of actors from the Handspring Puppet Company with their requisites performing simultaneously on stage and on screen and accompanied by a string quartet—these are the diverse elements that create the “live cinematic image’’ of William Kentridge's theatrical multimedia performance Confessions of Zeno for documental 11. In Italo Svevo’s 1923 novel of the same name, Zeno is a prisoner of his own intelligence, who psychoanalyzes himself in a fictive dialogue with his analyst, fretting in a stream-of-consciousness narrative about the constant need to take a stance in the politically troubled society that exists after World War I. By resituating Zeno’s Trieste in the suburbs of 1980’s Johannesburg, Kentridge explores once again the intricacies of growing up and living as a white South African under apartheid. In self-reflecting ventures, the artist experiences the landscapes of the human mind and the spaces and places that are neither neutral nor natural through the medium of drawing.
(From the documenta 11 Short Guide)